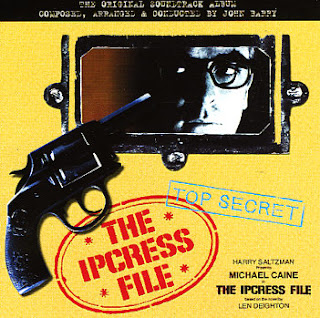 JOHN BARRY - ICPRESS
One of the greatest soundtracks ever from the great John Barry – a set of tracks that echoes some of his famous modes from James Bond films, yet also has a unique quality all its own! Barry's got a strongly jazzy sensibility here – and spaces out some great instrumentation with the same sensibilities used in the equally great music for The Knack! Staff aren't listed, but there's clearly some great Brit jazz players in the lineup – given the record's key use of vibes and tenor solos – as well as this very cool slow-plucked guitar with a noisy, echoey quality. The sound is brilliant – everything you'd hope for in the best 60s soundtracks – and titles include "The Ipcress File", "Alone In Three Quarter Time", "A Man Alone", "Jazz Along Alone", "Goodbye Harry", "Alone Blues", and "If You're Not Clean I'll Kill You". CD package is great too – much better sound than any previous versions, with full notes, bits of dialogue, and even a secret track too! ~ Dusty Groove 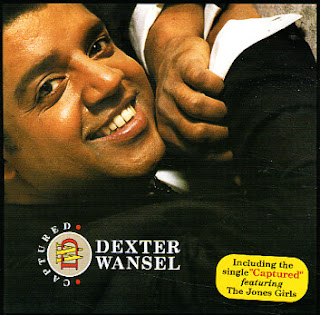 DEXTER WANSEL - CAPTURED
An overlooked gem from Dexter Wansel – a mid 80s set recorded after his famous albums for Philly International, and a record that offers a nice transition of his earlier groove! The set's got a keyboard-heavy vibe – similar to the mode that Wansel brought to the studio in the late 70s, but with a different 80s spin overall – especially given the use of drum programs in most of the rhythms, and a mix of other instruments from electric sources as well. Yet given Dexter's ear for a tune, the whole thing comes together with a nice degree of warmth, and a sense of soul that's deeper than you'd expect – especially given that Virgin Records were clearly trying for a crossover hit on this one. There's some great vocals on the leadoff track by The Jones Girls – and other vocals are by Meeta Gajjar, Dr Pearl Williams Jones, and Cynthia Biggs El – who co-wrote most of the record with Wansel. Titles include "Captured", "Do What You Wanna Do", "Nam", "In The Wind", "East Meets West", "Heart On The Line", "Conversations", "Turn Me On", and "Year Of Living Dangerously". CD also features a bonus 12" mix of "Captured". ~ Dusty Groove 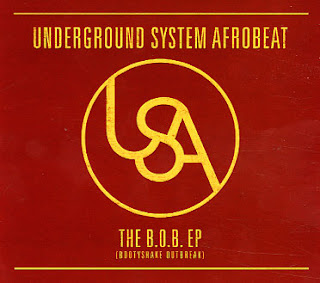 UNDERGROUND SYSTEM AFROBEAT - THE B.O.B. EP
Modern Afrobeat from Brooklyn – with a unique vibe! This is the debut EP from Underground System Afrobeat – recorded after honing their craft on the live scene for a solid year-or-so – long enough to really get it down! This is the way contemporary Afrobeat ought to sound – heavy rhythms, tight horns, funk & soul guitar, bass and keys – played by dexterous musicians. One thing that sets USA apart in a fertile New York scene is their strong female vocal front. Multilingual singer and flautist Domenica Fossati is on lead vocals – and she's great, not to overlook a sharp ensemble. Players include founder and guitarist Peter Matson, guitarist Bob Lanzetti, David Cutler on bass, drummer Yahoteh Kokayi, Yoshi Takemasa on congas, Greg Sanderson on tenor, Jackie Coleman on trumpet, Colin Brown on keys, and Maria Christina Eisen on baritone sax and vocals. Includes 2 lengthy jams: "BOB" at 8+ minutes and "95 South" at just short of 12 minutes. ~ Dusty Groove
Posted by Jazz Chill at 8:52 AM