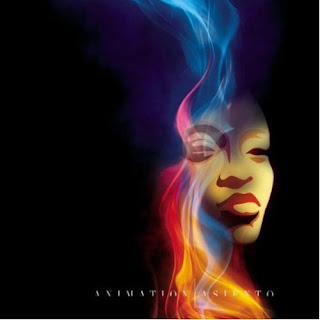 Unconventional. Unheard of. Some might add unreal. Upon first listen, you’ll be struck by the startling freshness and flat-out nerve that have become hallmark sounds of Animation, the best rock & jazz mélange you’ve never heard of.

With two Grammy nominated Blue Note CDs, animation * imagination (1999) and re*animation LIVE! (2000), the group has raised the bar for experimental music, carrying with it infectious tinges of hip-hop, trip-hop, drum ‘n’ bass, fusion and whatever your own imagination might add with each new listen.

A bit of history: In December 2006, as part of a series called “Reissue: Classic Recordings Live,” Belden led Animation into New York City’s famed and more classically oriented Merkin Hall for a rare show performed by his extremely happenstance, inconspicuous aggregate. That’s where they “re-imagined” Bitches Brew, and where the BBC, in tow, recorded the music for posterity.

No, you won’t find Bitches Brew played verbatim with this group. To the contrary, Animation proves that a group of musicians can distill the essence of a classic album while creating a unique musical fingerprint to make it a “new original.” Asiento showcases musicians taking liberties, reinventing a work of art from 40 years ago and reinterpreting and applying the original work to the parameters and context of the 21st century. Such now-classic material like “Miles Runs The Voodoo Down,” “Spanish Key” and the title track, as well as other tracks from the original album, are heard in a new setting with new and oftentimes radical perspectives.

And there could be no better person for the task of reinventing and “re-imagining” Miles Davis and Bitches Brew than Bob Belden. In 1998 he produced a four-CD box entitled The Complete Bitches Brew Sessions, which included not only the six tracks from the original 1969 double-LP, but an additional 15 different songs by more or less the same edition of the Davis ensemble that existed at that time. While working on this reissue, Belden profited from having a strong accord with Davis’ legendary producer Teo Macero. As producer for the original Bitches Brew sessions, Macero provided Belden with invaluable guidance on the work he did with Davis over the years.

Room does not permit going into too much detail about Belden’s personal catalogue. Suffice to say, he traces the evolution of the Animation group back to the late 1980s and his innovative Treasure Island big band, continuing on with material that’s had the main members of Animation on board to this day. His acclaimed releases – such as Black Dahlia, Strawberry Fields, Tapestry, Straight To My Heart: The Music Of Sting, When Doves Cry: The Music Of Prince, and Puccini’s Turandot - canvassed the 1990s musical terra firma and helped cement the foundation of his ever-changing musical aesthetic

And, along with Belden who were those musicians who added so much to the musical proceedings? Scott Kinsey, Matt Garrison, Guy Licata and DJ Logic all played major roles in the musical creation process.

Kinsey has been like an alter ego to Belden and Hagans, now making a name for himself with his innovative group Human Element and also having worked with such artists as the late Joe Zawinul (Kinsey was the only keyboardist Zawinul would share the bandstand with or let sub on gigs!), Tribal Tech with Scott Henderson, Bill Evans. Kinsey has also had soundtrack gigs with David Holmes for films such as Ocean’s Eleven through Ocean’s Thirteen.

Garrison, the son of the legendary bassist Jimmy Garrison, has worked with, among others, Jack DeJohnette, Joni Mitchell and Herbie Hancock and currently plays with Kinsey in Human Element. Additionally, Garrison recorded and toured in guitarist John McLaughlin’s project, The Heart of Things (Verve – 1997).

Licata’s credits include work with Bill Laswell’s Method of Defiance as well as Bernie Worrell and The Collective.

As for DJ Logic, the man’s credits run long and wide and include sizeable streaks with such names as Vernon Reid, John Mayer, Bob Weir’s Ratdog, and Medeski Martin & Wood. His background is loaded with work in and around hip-hop, funk, soul jazz and jazz.

It makes complete sense that RareNoise should be in on the production side. Co-founded by Giacomo Bruzzo and Italian musician Eraldo Bernocchi, RareNoise credits also include working with example fellow experimentalist Bill Laswell of M.O.D. Technologies. Yes, that same Bill Laswell, responsible for those radical late-’90s reconstructions and remixes of electric Miles Davis from the 1960s and ’70s.

Says Belden of RareNoise: “RareNoise is way into the music. For the first time I have a company that ‘gets it,’ and is into the music, the band and the musicians individually.” Speaking of Bruzzo, Belden adds, “He’s into progress and not nostalgia!!!”

As for the name of the album, Asiento, label-head Bruzzo says it “refers to a particular level of initiation within Santeria.” “And what is Santeria?” Bruzzo asks proverbially. “Santeria is a syncretic religion of West African and Caribbean origin. And a disciple who has passed the Asiento is considered, for the first time, a fully-fledged ‘Santero,’ a priest within the order. This point is both one of arrival and one of departure.”

Referring to the Merkin show and forthcoming album, Bruzzo concludes, “This title wants to honor the very personal importance of that evening’s performance, to declare that performance to be a point of arrival, but also a point of departure for Animation. Finally, it is to provide a reference to the music and their authors without being overly explicit or subservient.”
Posted by Jazz Chill at 11:03 AM