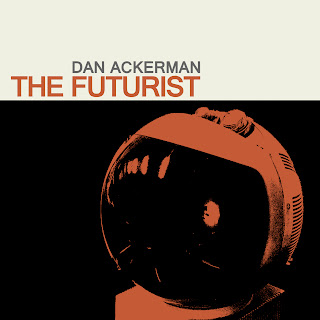 The bossa-nova-tinged The Futurist is the fourth album from former radio DJ turned journalist Dan Ackerman. Inspired by his love for classic Brazilian jazz, from Antonio Carlos Jobim to Sergio Mendes, the album lays bossa beats over indie jazz rock, with plenty of Rhodes organs and slinky basslines.
Like his previous albums, The Futurist is a mix of instrumental and vocal tracks, combining influences from jazz, funk, and soul, with lo-fi singer-songwriter rock, creating an eclectic mix of songs that recall artists from Steely Dan to Beck.When he's not recording his unique brand of music, New York native Dan Ackerman is best known as a longtime reporter and columnist, covering consumer technology topics. He's a semi-regular TV news talking head, and has written about music, games, and gadgets for CNET, Men's Journal, SPIN, and other publications. 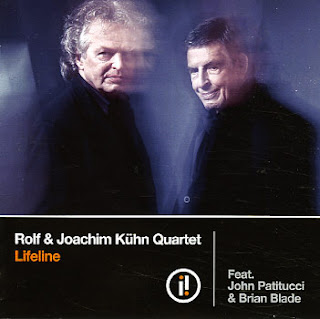 The brilliant return of Rolf and Joachim Kuhn to Impulse Records – and a set that's every bit as their landmark album for the label in the 60s! As with that classic – Impressions Of New York – there's a sound here that's let free right from the start – bold stepping forward by both players, with piano and clarinet interwoven together in lines that are free, yet still have an inherent sort of pulse – guided subtly by the work of John Patitucci on bass and Brian Blade on drums! What's truly amazing is that the Kuhns sound as vibrant, urgent, and potent as ever – as if the passage of decades hasn't dimmed them a bit, and that they're still breaking down barriers of jazz with a record like this. Titles include "Girona", "Mosquitas", "A Little Time Machine", "Light Year", "Lion's Speech" and "Researching Has No Limits". ~ Dusty Groove 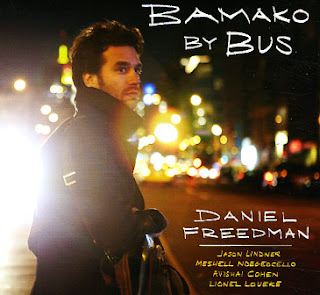 A jazz set, but one with plenty of world music roots – thanks to help from a great range of guests! Daniel Freedman grounds the session nicely on drums – but the album features strong contributions from Meshell Ndegeocello on bass, Lionel Loueke on guitar and vocals, Avishai Cohen on trumpet, Abraham Rodriguez on clave and vocals, and Mark Turner on tenor – all artists with deeply distinct voices of their own, coming together to help color the record with many flavors – but in ways that still come across with a nicely unified groove! Some cuts have the Afro-lyricism you'd find in Loueke's work, while others dig into deeper Afro-Cuban roots – and others go for a straighter funky sort of sound. ~ Dusty Groove
Posted by Jazz Chill at 9:50 AM