THE FILTHY SIX - THE FOX 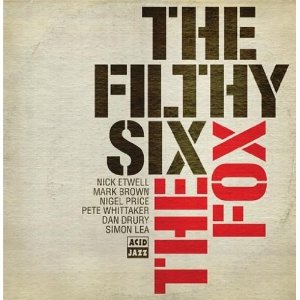 I'm a huge fan of the UK's Jazz FM and this week their Jazz FM Album of the Week is The Fox by The Filthy Six. The Filthy Six are a cut above your average Organ Jazz combo. They look to the blueprint of the late '60s Organ groups for inspiration and then add Soul-Jazz, Funk and Boogaloo to create an intoxicating musical brew.

‘The Rum Diary’, a cooking slice of Latin soul, is a tribute to the Hunter S Thompson novel. The covers are, by coincidence, both Michael Jackson-related. ‘Girlfriend’ from ‘Off The Wall' gets a funky revamp while the Jackson 5 track ‘Never Can Say Goodbye’ is given a stunning instrumental makeover with Price taking the lead as if paying tribute to the great balladeering style of Boogaloo Joe Jones.