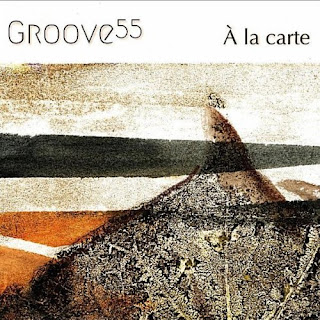 Groove:55. are four band members who bring decades of music experience to the project having worked with Oliver Jones, Gregory Charles, and Zachary Richard to name but a few. So it seems almost fitting that they would come together as a unified collective to share in their many years of creative experience and knowledge to create their second album À la carte.

Jacques Mignault (Keyboards) studied alongside Art Roberts at Montreal’s Concordia university; he would later go on to win the inaugural grand prize of the Roland Synthesizer music contest among hundred’s of entrants spanning over 22 countries that was judged by the late great Oscar Peterson.

Yves Nadeau (bass) is a veteran of the Montreal Jazz scene, having played hundreds of shows on stages all over Quebec with his bands Solstice & Expresso.

Rounding out the Montreal quartet is Daniel Lemay (drums), winner of the 1985 Individual Championship of Quebec in snare drum, and 15th in the world in the same competition. He won in 1986 the Inter-Collegial Grand Prize in percussion. Daniel has played with Richard Beaudet, François Richard, Ivanoe Jolicoeur, Roger Walls, Ron DiLauro, André Leroux, Normand Guilbault and Normand Deveault, to name a few.

Together they make up Groove:55 the number that has the remarkable property of being the 10th number of the Fibonacci suite and the sum of the numbers 1 to 10. The most important part is its groove and this band has it in spades with their new album À la carte.

The critics have responded with thumbs up reactions throughout…
"À la carte ... stands out as one of the most consistent and viable pop/jazz albums you’re likely to hear in 2012. Groove 55 knows what sounds sell, on 'À la carte' theymanage to imbue that sound with originality and energy... The depth here will surprise you."
Wildy Haskell

"Groove:55 is a contemporary music group with a jazzy soul and instrumental ear for the best jazz music today. The mix of keyboards, drums, and saxophone accompaniment are keys to high-quality jazz music.”
Matthew Forss

"The stylishly laidback, jazzy-cool meanderings of Groove 55 are kind of like David Sanborn’s output, or like the easier side of Ian Carr or Brian Auger. The horns sway and wave, the percussion lays down a relaxed backbeat, and the entire number saunters by with a smooth, approachable groove…like it doesn’t have a care in the world; that’s Canada’s Groove 55 in a nutshell. Their latest album, À la carte, is a splendid array of well-done, well-developed soft jazz pieces. "
Mike DeGagne
Posted by Jazz Chill at 1:47 PM