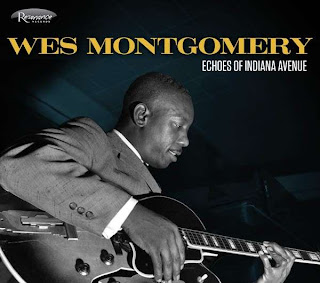 Resonance Records has announced a Wes Montgomery celebration on Saturday, May 12 at Joe's Record Paradise in Silver Spring, MD. Beginning at 2pm and open to the general public, the event will feature a 60-minute panel discussion on Montgomery and Echoes of Indiana Avenue, the newly unearthed, critically acclaimed album, as well as live performances.

"It gives me great pleasure to return to my hometown and share this music and story with the community," states Feldman. "We're also really grateful to Joe and Johnson Lee [founder & owners of Joe's Record Paradise] for allowing us to host this event at the store. Since its founding in 1974, the store has provided a foundation of music learning for countless music fans in the area, including myself. The barbershop-like shopping environment truly makes it an D.C. area institution."

With a lot of sleuthing and a team of experts on the case, long lost tapes of Wes Montgomery have been discovered and restored. Resonance Records released Echoes of Indiana Avenue - the first full album of previously unheard Montgomery music in over 25 years - on March 6, which would have been Montgomery's 89th birthday. Over a year and a half in the making, the release provides a rare, revealing glimpse of a bona fide guitar legend. The tapes are the earliest known recordings of Montgomery as a leader, pre-dating his auspicious 1959 debut on Riverside Records. The album showcases Montgomery in performance from 1957-1958 at nightclubs in his hometown of Indianapolis, Indiana, as well as rare studio recordings. The release is also beautifully packaged, containing previously unseen photographs and insightful essays by noted music writers and musicians alike, including guitarist Pat Martino and Montgomery's brothers Buddy and Monk.