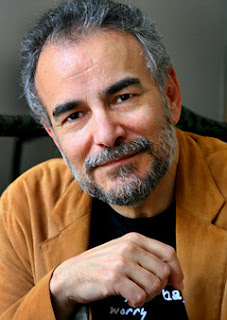 April 26, 2012
By Billboard staff
Longtime New York radio disk jockey and author Pete Fornatale, best known for his long stints on WFUV-FM and WNEW-FM, died Thursday morning at the age of 66. According to New York's Daily News, He suffered a brain hemorrhage on April 15 and been in intensive care for the last week. What follows is an obituary provided by WFUV (90.7 FM, wfuv.org) - the station will offer an on-air celebration of his life and career on Saturday, May 5 from 4 to 8 p.m.

"This is a devastating loss, not just for his family, friends, and colleagues at WFUV, but for radio listeners everywhere," said Chuck Singleton, interim general manager of WFUV. "Pete was a beloved air personality for four decades and a master communicator. His influence as a pioneer of progressive FM radio is almost incalculable."

A native of The Bronx, Pete Fornatale got his start in radio in 1964 as a Fordham University undergraduate, hosting a program on WFUV called Campus Caravan. At a time when rock on the radio was confined to Top 40 AM stations, Fornatale spun records by lesser-known artists, played deeper album cuts than the current hit singles, and conducted soul-searching interviews with artists such as The Beach Boys, The Mamas and The Papas, and Simon & Garfunkel, all of whom came through Fordham on tour. "The complete freedom to put this package together, for better or for worse stamped me then and is still with me today," Pete reflected in 2001.

After graduating from Fordham in 1967, Fornatale taught for several years before beginning his professional career in the summer of 1969 at WNEW-FM in New York. (On his first program he read a commercial for the Woodstock Festival, which was happening in two weeks.) He hosted several different shifts at WNEW-FM before launching his Sunday morning program, Mixed Bag, in December, 1982. As the name implies, the program was designed to be a reflection of Fornatale's eclectic musical taste. Inspired by a fan letter from Suzanne Vega, he helped launch the careers of many singer-songwriters, including Vega, John Gorka, and Christine Lavin. Grammy winner Shawn Colvin told The New York Times in 2001, "Pete helped pave the way for so many of us. He was a rare guy in radio then."

Over the years he conducted in-depth interviews with hundreds of performers, including Paul Simon, Joni Mitchell, Leonard Cohen, Carly Simon, Dion, and James Taylor. The key to a successful interview, he said, was "establishing trust." One of his frequent guests, Peter Yarrow of Peter Paul & Mary, recounted, "When we would talk together, the nature of our discussions would be very personal, very deep, and very revealing. They were the kind of in-depth discussions you rarely hear in the media."

In 1991 Fornatale moved the program to WXRK (K-Rock), where it was renamed The Sunday Show. In 1997 he returned to WNEW-FM when it launched a format of "Classic Rock with Classic Jocks." He came full circle to WFUV in 2001 as the host of Mixed Bag on Saturdays from 4-8 pm. The latter-day Mixed Bag typically focused on a single theme each week, with Fornatale drawing on his encyclopedic knowledge of music for songs to illustrate that week's theme and engaging his listeners in the process through the program's online bulletin board.
That knowledge and passion for music was also reflected in his career as an author. He wrote or co-wrote six books: Radio in the Television Age (a textbook), The Rock Music Source Book, All You Need Is Love: And 99 Other Life Lessons from Classic Rock Songs, The Story of Rock & Roll, Simon & Garfunkel's Bookends, and Back to the Garden: The Story of Woodstock. At the time of his death, he was working on a book on the Rolling Stones.

The positive response to his books led Fornatale to develop multimedia programs that utilized his personal recollections, his sense of humor, and interview segments to tell the story of Woodstock and Simon & Garfunkel at schools, libraries, and coffee houses. The veteran folk duo Aztec Two-Step frequently appeared with Fornatale on the Simon & Garfunkel's Bookends programs. More recently, Art Garfunkel was an unannounced guest at some of the Simon & Garfunkel: "How Terribly Strange to Be 70" programs.

For many years Pete Fornatale was on the board of World Hunger Year (now known as WhyHunger), the organization co-founded by Harry Chapin and Bill Ayres in 1976, and served as an eloquent co-host of many annual Hungerthon radio fundraisers. Ayres, his Hungerthon co-host and executive director of WhyHunger, said, "Pete and I were friends for 45 years. It is amazing how much good came from Pete Fornatale through his radio work and his work with WhyHunger."

Dennis Elsas, WFUV's afternoon host, said, "Pete Fornatale was a radio innovator. His vision of programming music and entertaining his audience was unique and original. I heard that the first time I discovered his Campus Caravan show on WFUV in 1967. I would watch that grow as we became close friends and then be lucky enough to work together for so many years at WNEW-FM and WFUV. It is hard and sad for me and his devoted listeners to imagine the New York radio dial without him."

Next to music Fornatale's biggest passion might have been baseball. When asked the question, "What wacky thing would you if you had the time (or guts)?" he replied, "See a game at every Major League ballpark in the American and National League (The 'guts' part is that I don't like to fly)."

He is survived by his three sons: Peter, a book editor (who worked with his father on several books); Mark, a wine importer; and Steven, a New York City police officer. Donations in his name may be made to Why Hunger.