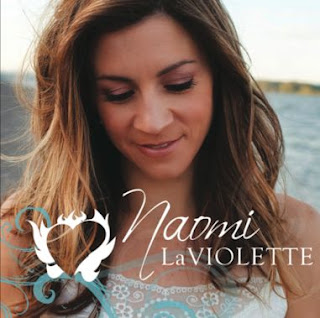 On the heels of a standing room only album-release show held at Portland’s premier jazz club Jimmy Mak’s, Naomi LaViolette officially launched her self-titled debut album on iTunes on March 13, 2012. The album finds an acoustic niche between the worlds of folk singer-songwriter and jazz soulstress with ten original songs and fresh arrangements of George Gershwin’s “Our Love Is Here to Stay” and Joni Mitchell’s “Both Sides Now”.

Oregon Music News wrote, “LaViolette takes a classical jazz core and braids it together with lightly poppy overtones and smooth, mystical undertones… She really shines in her original tracks that have room to breathe, such as Fragile, Somewhere New to Stand, and Ocean.”

Compared to Sarah McLachlan, LaViolette skillfully weaves her training in classical piano performance and jazz standards with a variety of folk, soul, pop and gospel creating a musical vibe that is both vintage and current. She tells stories of falling in love, and staying in love, while striking a distinctive balance between heartbreak, soul-searching and hope.

Pianist, singer-songwriter LaViolette is a Portland, Oregon native and earned a master’s degree in classical piano performance from Portland State University. She studied with Portland jazz greats including Randy Porter and Darrel Grant. LaViolette also performs in the classical music scene, as the accompanist for the Oregon Repertory Singers since 2004 and as a chamber musician in Classical Revolution PDX and the Fleur-De-Lis Piano Trio.