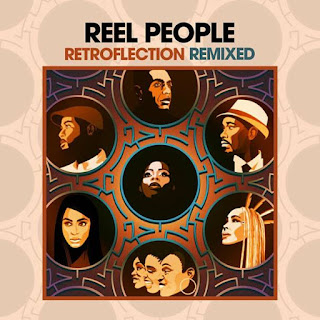 Similarly, Atjazz dims the lights and intensifies the mood for his take on Twilight. Where Reel People played impressively close to Maze’s original, Atjazz treads to shuffling jazz drums, double-bass and piano. Respected UK house DJ-producer Scott Diaz gives the Sharlene Hector-led cover of Side Effect’s Always There greater guitar-licked urgency but without compromise to the song’s soulful poise and power, and revered Chicago veteran Terry Hunter is a match made in heaven for Tony Momrelle, who soars through the former’s soulfully-charged remix of Buttercup (Carl Anderson’s mid-Eighties, Stevie Wonder– penned gem) with all of its funky drums, b-line twists and warm musical arrangements. With Retroflection Remixed, the collective – overseen by experienced studio-hands Lazarus, Mike Patto, Matt Cooper (of Incognito fame) and Toni Economides – swells its talented cast and finds dynamic new ways to connect past with future. 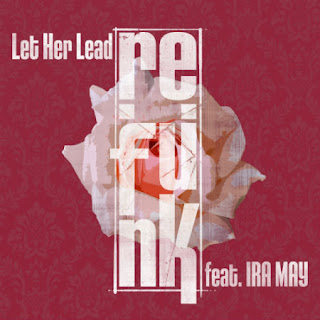 Founded in 2015 by drummer Dario Milan and singer-songwriter Maqs Rossi in Lugano, Switzerland, Re:Funk have quickly made a name for themselves as a high-energy live band that never fails to engage its audience with its powerful performances. The group draws heavily from the classic sounds of 60s & 70s funk and soul: from James Brown to Tower of Power, passing by Sly & The Family Stone, Isaac Hayes and Curtis Mayfield. But also Average White Band, Ohio Players, Mandrill, The Brothers Johnson and the list could go on & on & on. If it makes you move, you can bet Re:Funk have listened, studied and interiorized it into their repertoire.

In the short time since its inception the group has already performed on some of the most prestigious stages Switzerland has to offer, including Montreaux Jazz Festival, Jazz Ascona Festival and Locarno Film Festival, as well as being invited to perform at the 2019 Porretta Soul Festival, perhaps the most important event of its kind in Italy. All members of the band are experienced musicians and have worked alongside artists such as Manu Chao, Ian Paice & Don Airey (of Deep Purple), Derrick McKenzie (from Jamiroquai), Gogol Bordello, Tonino Carotone, Roy Paci, Bob Mintzer, Jennifer Batten and more.

Re:Funk‘s strength resides in the chemistry of its rhythm section, formed by band leader and drummer Dario Milan, bass player Francesca Morandi and guitarist Mad Mantello, all guided by the energetic stage presence and formidable voice of Maqs Rossi. Their live performance is designed to shake audiences to their bone, resuscitating the original spirit of funk and soul for the modern dance floor. What started as a group that performed covers of classics quickly evolved into another beast altogether; improvising, jamming and finally experimenting with their own compositions.

First single “The Harder We Try” saw the light in 2018, released independently via digital download by the band itself. The surprisingly warm reception and extensive radio play it enjoyed firmly established Re:Funk as one of the most interesting emerging funk & soul bands to come out of Switzerland, and convinced the members to seriously commit to the process of writing, and then recording an album. The result is debut full-length “Borderline”, 10 tracks of pure, unadulterated funk & soul, no added sugar nor artificial coloring! 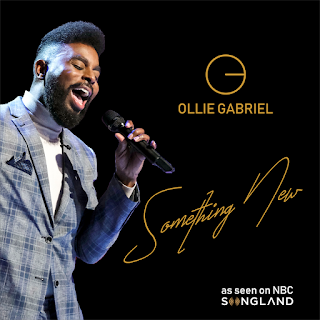 Louisiana native and internationally charting soul singer Ollie Gabriel was introduced to the American people on the new NBC series “Songland”. “Songland” pulled back the curtains on how today’s hit records are made. Five songwriters competed and performed their original song for the chance to have it recorded by a celebrity artist. In the highly anticipated premiere released on May 28, 2019, Ollie Gabriel performed and pitched an original song to John Legend. Ollie Gabriel’s inspirational debut single “Running Man” went to the top of the radio charts in Europe and currently has over 22 million streams on Spotify and recently won a Hollywood Music In Media Award for Best Male Vocal in 2018.

Music Connection Magazine named him one of the top unsigned live artist to watch (2) two years in a row, 2017 and 2018. He has performed around the world, televised to millions and to concert audiences of 40,000+ fans.  Since his overseas success in 2017, Ollie has toured the world and married his longtime girlfriend who inspired the song he performed on NBC's Songland. Ollie’s big heart of love and conscious spirit shine through in his upcoming EP “The Good Fight”.  The 6 song EP is a soulful sonic blend of legends like Otis Redding and Marvin Gaye, with a new school swag of Bruno Mars and Anderson Paak. Not only does Ollie sing about love like back in the day; but, the upcoming EP also addresses relevant social issues like discrimination, materialism, the environment and homelessness.

Aside from being an accomplished performer and songwriter, Ollie is a talented producer and has had over 500 sync placements in film and tv since 2009. His music has been featured in countless hit shows like Grey's Anatomy, Ray Donovan, Shameless, and Deadliest Catch to name a few. As a songwriter and producer he's worked with Grammy winning artists like John Legend, Mel B, En Vogue, and others. The new single “Something New” has anticipated radio impact June 2019.