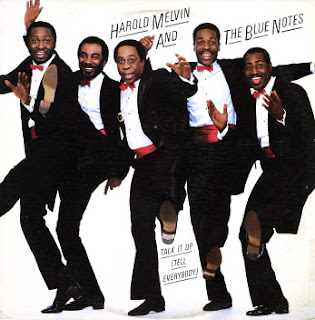 Later work by Harold Melvin & The Blue Notes – but proof that the sound of a great group will never die! The record was cut for the small Philly World label, but it's got plenty of elements that really echo the best Philly elements of the glory years – snapping groovers that provide a solid midtempo style for the vocals to soar from – and some warm ballads that are filled with that beautiful glow that the group had from the Teddy P years onwards! Titles include "Time Be My Lover", "Don't Give Me Up", "I Can't Let You Go", "What We Both Need", "I Really Love You", and "Today's Your Lucky Day". CD is overflowing with bonus tracks – almost as many as the original album – with titles that include "Don't Give Me Up (12" long)", "Today's Your Lucky Day (single)", "I Really Love You (single)", "I Can't Let You Go (single)", "Don't Give Me Up (12" M&M dance mix)", "Today's Your Lucky Day (12" instrumental)", and "Don't Give Me Up (12" M&M dub)". 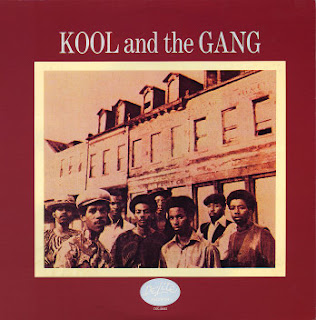 A landmark album of funky genius – and one of the first times a batch of funky 45s had ever been so tightly sewn into a full LP! By the time of this album's release, Kool & The Gang were already underground legends – cutting it up in small clubs around the east and midwest, and working hard to push their excellent early singles on the De-Lite label – the kind of indie funky 45s that went on to shape the sound of a generation to come! This album brings together a number of those singles – really great little tracks that you can't really ever find on wax, and which have the group's perfect blend of bass/drum rhythms, choppy guitar, and hard-blaring horns – a massive groove that's still tighter here than any of the countless combos the record went onto inspire. The LP's a non-stop jam all the way through, with funk so pure it could be considered the blueprint for a generation – and titles include "Give It Up", "Raw Hamburger", "Kool's Back Again", "Breeze & Soul", "Sea of Tranquility", and "Kool & The Gang". 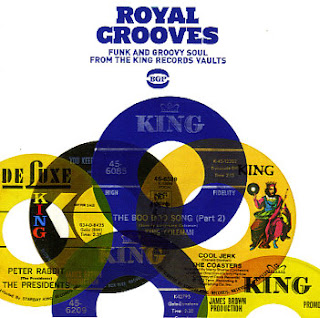 Mighty recordings from the funk years of King Records – amazing grooves that follow the initial inspiration that James Brown gave to the label – but take things into wild new territory too! The late 60s & early 70s were kind of a strange and tumultuous time at the longtime Cincinnati operation – which was adapting to the changes in funk, soul and R&B music that James Brown almost single-handedly ushered in – at King and throughout the entire culture! What's most impressive here, beyond the exceptional quality of each song and performer, is the diversity – as the set's not all front-to-back JB-style funk – and also features some funked up bluesy soul, strains of gospel, the convincing move towards funk from veterans such as Hank Ballard & Bill Doggett – all topped off with righteous storytelling, sweet female soul leads, and some amazing grooves down at the bottom! Titles include "Getting Down (With Hoss)" by Kastle, "Love's Sweet Water" by Barbara Burton And The Messengers, "Baby Don't You Know" by The Brownettes, "Clay Tyson (Man On The Moon)" by Clay Tyson, "Cool Jerk" by The Coasters, "The Boo Boo Song" by King Coleman, "Unwind Yourself" by Hank Ballard, "Steal Away" by Leon Austin, "Peter Rabbit" by The Presidents, "Lookin For A Woman" by Robert Moore, "Push & Shove" by Willy Wiley, "Ball Of Fire" by Connie Austin, "Sad But True" by Elaine Armstrong, and "You Keep Me Hanging On" by Bonnie & Sheila.

Dusty Groove
Posted by Jazz Chill at 8:46 AM