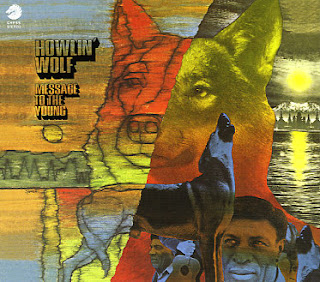 HOWLIN’ WOLF – MESSAGE TO THE YOUNG

Funky blues work from Howlin Wolf – his key entry into the funked-up genre that Chess Records was cutting at the end of the 60s with other blues artists like Etta James, Bo Diddley, and Muddy Waters! As on records with those artists, Wolf's older modes are updated here for a hipper, younger audience – backed up with a bouncing batch of electrified backings arranged by Sonny Thompson, and conducted by Thompson and Cash McCall, the latter of whom is most likely playing a bit of guitar here. Tracks are a bit longer than usual, and filled with plenty of heavy guitar bits next to the vocals – and titles include "I Smell A Rat", "Miss James", "If I Were A Bird", "She's Lookin Good", "Turn Me On", and "Message To The Young". ~ Dusty Groove 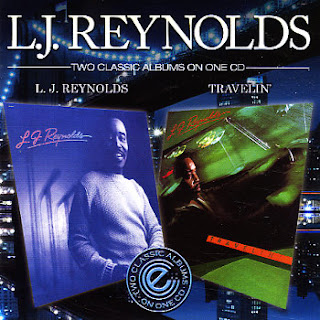 A pair of classic early 80s soul albums from ex-Dramatics singer LJ Reynolds! The self-titled '81 set is killer material in a modern Detroit mode all the way through – with top-shelf production by Reynolds, Don Davis, and Ronnie McNeir/ Ronnie, who'd been lost to the industry for a few years, also re-emerges as a writer on the songs "Southern Pearl", "Lonely Superstar", and "Ain't No Woman Like My Baby". The real standout, though, is the amazing cut "Key To The World", a killer steppers track that has a hook that won't quit, and this wonderful brassy finish that gives the track a really triumphant sound that works perfectly with the righteous lyric. LJ Reynolds' sounds great on '82's Travelin', too – stepping even more strongly away from his work with The Dramatics, and emerging as one of the best male soul acts of the early 80s! The production on this one is split between Reynolds and Don Davis, in a mode that's contemporary, but which allows LJ plenty of space for old school vocal expression – that far-reaching style of singing that always made him stand out strongly from the pack! There's a sublime mellow version of Aretha Franklin's "Call Me" on the set – and other tracks include "Words", "Trust In Me", "Say You Will", "You & Me", "Let Me Satisfy You", and "Fast Action". ~ Dusty Groove 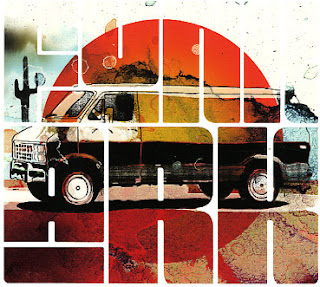 After a highly praised debut, Washington DC’s The Funk Ark is back with an even tighter follow up album. Less than a year has passed since the release of From The Rooftops on ESL Music and the world funk ensemble has established itself as one of the strongest players in the scene both in the studio and with their high-octane live performances. High Noon is the title of The Funk Ark’s sophomore release and was recorded and produced by Adrián Quesada of the Grammy award winning group, Grupo Fantasma. The new album is coming out on April 3, 2012. The album has been getting some love from music blogs such as Remezcla, Performer Mag and "Hey Mamajo" was featured as KCRW's Top Tune of the Day on March 15th. ~ Eslmusic.com
Posted by Jazz Chill at 12:25 PM