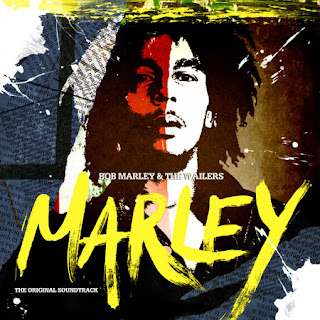 As an integral companion piece to this critically acclaimed documentary, the official soundtrack from Marley will be released through Universal Music Enterprises (UMe) on April 17, 2012, as a 2-CD collection and a special 3-LP vinyl set. The CD contains 25 tracks, hand-picked by the Marley family and Chris Blackwell, gathering together some of the most significant musical moments of one of the most beloved and cherished artists of all-time.

Featured are classic studio recordings, a special Kindred Spirit dub mix of "Exodus" and tracks from various live performances including, for the first time on record, the 1978 One Love Peace Concert performance of "Jammin'" during which Marley joined the hands of bitter political rivals Michael Manley and Edward Seaga, a gesture which went some way towards restoring peace to a strife-torn Jamaica

Bob Marley wasorn February 6, 1945, in rural St. Ann's Parish, Jamaica, leaving home at 14 to pursue a music career in Kingston. A naturally gifted musician and singer, he recorded his first track in 1962. In '72 finding himself stranded in London with his band the Wailers, he signed to Chris Blackwell's Island Records and went on to enjoy global success and put reggae on the music map. Many of his songs - which highlighted both Jamaica's poverty and the spirituality of its people - have since become universal anthems. Marley died of cancer on May 11, 1981, aged 36.