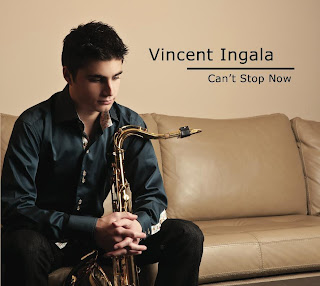 An amazing sense of playing style and grace, well beyond his years… he’s charming, sincere and extremely talented. Vincent Ingala knocked us out the minute we heard his debut album NORTH END SOUL. I’ve always said, the most dangerous kind of people in the world are those who don’t know what they want… Vincent is the exact opposite, he knows precisely what he wants and there’s no way he’s going to stop now! Quickly becoming a favorite at festivals and music events, the young saxophonist and composer is working with seriously skilled talent on CAN’T STOP NOW. You’ll hear the utmost quality in production on this savory new release including contributions from one of our favorites, keyboardist Gregg Karukas as well as chart-topper, Jonathan Fritzén. Soulful grooves with addictive melodies, Vincent’s exciting new album will be a game changing arrival at Smooth Jazz… I anticipate this being a huge hit for the 19-year-old. Get ready world, Vincent Ingala’s shifted into high gear! ~ Sandy Shore / smoothjazz.com 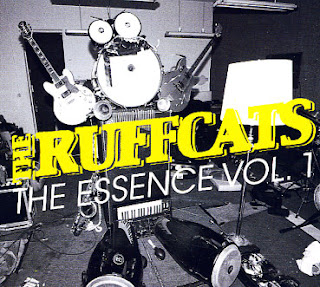 
A damn funky debut from The Ruffcats – a German combo who've cut their teeth providing grooves for singers like Bajka, Flo Mega, and Jaguar Wright – but who sound even better in an instrumental format on their own! There's a really sinister approach to the music here – one that goes past conventional funk, into a wry mix of funky elements that come across sounding as fresh as they do rootsy – that unusual blend that we always used to love from the trippier Poets Of Rhythm projects! Core instrumentation is very familiar, but it somehow comes together in really different ways as the set moves on – maybe a particular bubble on the Hammond here, a moody riff on the Rhodes there, odd tunings on the horns, weird rhythms on the percussion, and things like that – all of which contribute to a really great set of tracks that includes "Odd Stones", "The Baaang", "Dr Cosmo", "Brain Gone Ruff (parts 1 & 2)", "Boti's Skit", and "Turtles". ~ Dusty Groove 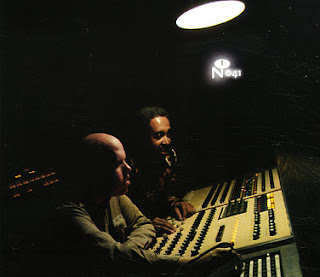 A killer collection of east coast soul from the 70s – work that originally appeared on a handful of different labels, but which was all put together by Robert Hosea Williams – an unsung producer working out of a small studio in Silver Springs – with an incredible ear for up-and-coming talent! The music here is totally deep and righteous throughout – the hippest of the indie label scene on the east coast – and work that really lives up to the progressive, righteous reference you'd get from the Red, Black, & Green in the title! There's plenty of group soul here – of a type that mixes older harmony modes with hipper 70s references – creating a really badass approach to soul music that's simply mindblowing – and way different than the mainstream variants that were hitting the charts at the time. The whole thing's great – one of the best Numero comps in years – and titles include "Phoney People" and "I Really Really Love You" by Father's Children, "Sleepwalking" and "Let's Do It Over" by The Summits, "Don't Worry About The Joneses" and "We're Two Fools In Love" by Dysons Faces, "Day By Day" and "It Must Be Love" by The Exceptions Featuring Mark Greene, "Town Called Nowhere" and "I Need Your Love" by Skip Mahoney & The Casuals, and "Summer In The Parks" and "Generation" by East Coast Connection. ~ Dusty Groove
Posted by Jazz Chill at 10:34 AM