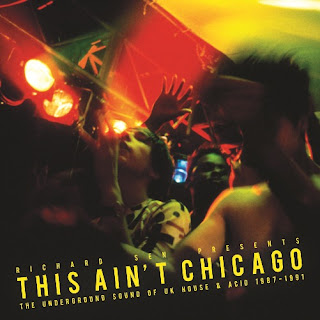 Is it just us, or are we on the brink of a full-on Acid House revival? Richard Sen's This Ain't Chicago, an exploration of the early days of UK House, feels like it's hitting at just the right time. The two-disc collection comes out June 25th (July 10th in the US) and we have release parties scheduled in New York City and London. In the meantime, click on over to Soundcloud to check out a rare edit of a classic track from the collection by the one and only Tom Moulton, which we'll be releasing for the first time on vinyl on a special limited 12" on July 23rd. The single will also include May's "Love Me Baby" and a new Richard Sen edit of K.C.C.'s "Future III." ~ Strut Records 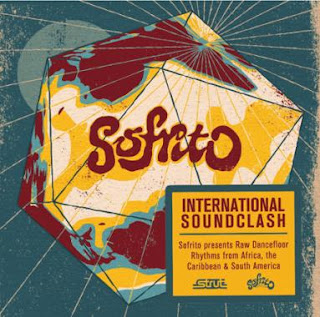 We couldn't be happier to have a new collection of incredible music on the way from the expert selectors in Sofrito. And with a release date in late July, International Soundclash will come at a perfect time to add some extra heat to the summer. Hugo Mendez and Frankie Francis have dug incredibly deep to bring you a one-of-a-kind selection of music from Trinidad, Colombia, Dominica, Congo, Cameroun and beyond. Exclusives include the deep Pacifico sound of Grupo Canalon’s "La Zorra y El Perol" - a new project from Nidia Góngora, singer with Quantic's Combo Barbaro - a previously unreleased track by UK/Kenyan sensations Owiny Sigoma Band, and a Tropical Treats edit of Haiti’s dynamite Les Difficiles de Petion-Ville. We also have a really special piece of packaging, courtesy of visual maestro Lewis Heriz, who interprets Sofrito's fresh perspective on the world with a specially designed cut-out globe on a pull-out poster to accompany the CD and Double LP. Sofrito International Soundclash will be available July 24th. ~ Strut Records 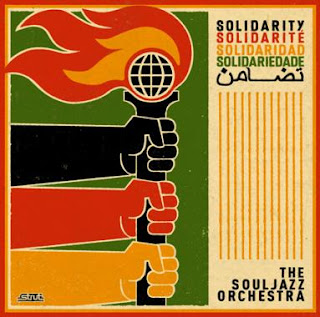 Canada’s hardest working super-group, The Souljazz Orchestra, are back! Since our last project together, 2010's Rising Sun, the band has been refining its sound on the road, and it shows on Solidarity which boasts a muscular, plugged-in sound that positively commands dancing. The album showcases a diverse set of influences, buoyed by the many featured vocalists, all of whom are connected to the group through the Canadian music scene, yet hail from a variety of backgrounds, from Senegal to Brazil to Jamaica and beyond. Recorded on vintage gear, the music packs a punch which is often lacking on contemporary recordings. Solidarity comes out September 18th, but we'll make sure to share some new music before that. The band will be touring internationally around the release, so look for them soon near you! ~ Strut Records
Posted by Jazz Chill at 1:22 PM