Unlike many of the compilations to have emerged from the BBE stable, this release is less about unearthing rare or unheard music and more about shining a light on a sound that has been developing in its own small corner of the musical spectrum over the last decade or so. Chris Read approaches this compilation, not as someone who grew up around Latin influenced music or with any lengthy history of involvement in it, but as a DJ and music fan who grew up listening to the early sample based music of the late 80s and early 90s has, ever since, set about exploring the many directions that music has travelled in. The music which appears on this compilation is the product of just one of those many avenues. The tracks featured here come from a variety of sources but in many cases are the product of a generation of DJs and producers who similarly grew up listening to the sample rich hip hop, house and more of the 80s and 90s and have taken that influence and applied it to a particular sound, in this case the varied musical styles of the Latin Diaspora. This is modern Latin music from a DJ's perspective - rhythm heavy, beat driven and infectious. ~ bbemusic.com 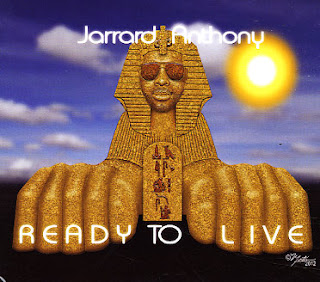 A hell of a great album from Jarrard Anthony – an artist who's been bubbling under for the past few years – but who really comes into his own with this beautiful album! The set's got all the spiritual overtones you might guess from the cover – but also comes across with a tightly-crafted, all-soul approach too – a really rich vibe that's a perfect fit for Anthony's positive-spirited lyrics! Instrumentation is relatively lean – mostly handled by Nate Smith – yet comes across with a focus that seems to make a lot out of a little – a really great groove that builds nicely as the album rolls along. The album features guest work by Lonnie Liston Smith, Monet, Darien, Amer Amen, Amma Whatt, and Onaje Allan Gumbs – and titles include a remake of Don Blackman's "I Love You" – plus "Morning In The Forest", "Healer", "Cloud 10", "Something Like Love", "Never See Her Again", "Lucky Day", and "Blowing On Your Back". Also features the bonus track "Damn Sista (future remix)" with Eric Roberson – and "Never See Her Again". ~ Dusty Groove 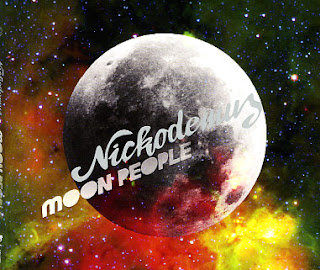 Nickodemus logically follows up his warm and breezy Sun People album with the more cosmically-lit follow up Moon People – once again bringing a wealth of global influences and instrumentation to his unique style of spacey dancefloor soul! He's joined by the legendary Afrika Bambaata and other great vocal guests – including Sammy Ayala, Kissey Asplund and Kathrin DeBoer of Belleruche – which elevates the creative mix of beats and eclectic instrumentation quite nicely! That said, the instrumental backdrops are quite hypnotic on their own – cosmic soul beats and atmosherics flavored by flutes, Eastern string accents, horns, steel drums and much more – depending on the needs of the particular track. Includes "Under The Volcano" with Navegante, "Moon People" feat The Real Live Show, "Nights Of Balaur", "Alkebulan" feat Afrika Bambaata, "Peaceful Island Earth" feat Kathrin DeBoer, "The Nuyorican Express" feat Candela Allstars, "Mirage" with Kissey Asplund, "Conmigo (Hallex Remix)" feat Sammy Ayala, "Vino People" and more. ~ Dusty Groove
Posted by Jazz Chill at 10:31 AM