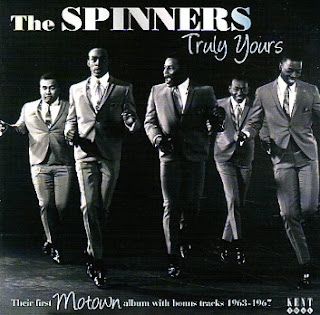 THE SPINNERS – TRULY YOURS: THEIR FIRST MOTOWN ALBUM WITH BONUS TRACKS 1963-1967

The first Motown full length record by the Spinners – Original Spinners from '67 – followed by an impeccably well-chosen collection of bonus material! It's excellent stuff – an overlooked album with some very hard to find Motown work by this early version of the legendary Spinners – with lead vocals by Bobby Smith and Edgar Edwards. The tracks have a mixture of sweet and raw harmonies – crafted with an elegantly soulful sound that would later take the group way over the top during the 70s, and which here sounds sublime next to some of the group's Motown contemporaries! The first 12 tracks on this excellent Kent compilation are the Original Spinners tracklist – including "Sweet Thing", "I Cross My Heart", "I'll Always Love You", "Truly Yours", "Like A Good Man Should", "For All We Know", "How Can I", "It Hurts To Be In Love", "Nobody Else But You", "Where Is That Girl", "Tomorrow May Never Come" and "That's What Girls Are Made For". Most of the 14 bonus tracks are previously unreleased masters – revelatory stuff from earlier in the 60s – formative, yet beautifully realized recordings with productions by Harvey Fuqua and Ivy Joe Hunter! Titles include "Darling", "Words Can't Describe", "12 O'Clock", "Just Another Guy", "We're Gonna Be More More Than Friends" and more. ~ Dusty Groove 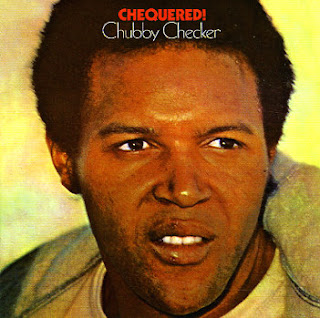 Forget everything you know about Chubby Checker – because this album's unlike any of his 60s hits – and instead shows the singer as a hipper, funkier, more soulful talent than before! As you might guess from the spelling in the title, the set's got overseas origins – and really only circulated in the European market of the early 70s – and unfortunately never helped Checker regain his fame over here on our shores. There's some nice tripped-out elements that really work well with the groove – a bit of psych mixed in with funk and deep soul – all kind of that hip London brew that has all the separate elements coming together wonderfully. Titles include "Stoned In The Bathroom", "How Does It Feel", "My Mind", "He Died", "Goodbye Victoria", "Love Tunnel", and "No Need To Get So Heavy". CD features the bonus track "Gypsy". ~ Dusty Groove 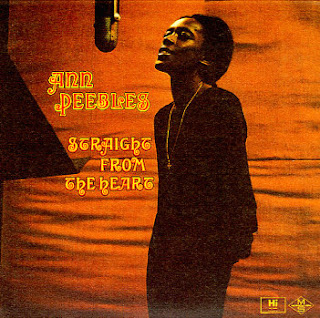 ANN PEEBLES – STRAIGHT FROM THE HEART

Ann Peebles sings straight from the heart on this classic early set for Hi Records – a record that's to female vocals what Al Green's work of the time meant to male soul! As with Green's Hi Records of the time, Willie Mitchell is firmly in charge of production and backings – working with that warmly glowing Memphis soul style that carved whole new territory in soul music for the 70s – a maturing and mellowing of earlier southern modes, in a way that helps Peebles hit some fresh and uncliched sounds with her vocals. At a time when so many other singers were trying to copy Aretha, Ann's approach is mighty fresh – as you'll hear on tracks that include "I Take What I Want", "Slipped Tripped & Fell In Love", "What You Laid On Me", "Trouble Heartaches & Sadness", "99 Pounds", "I've Been There Before", and "Somebody's On Your Case". ~ Dusty Groove
Posted by Jazz Chill at 9:57 AM