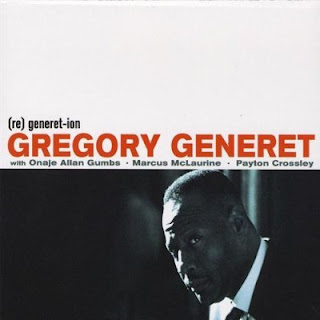 A great debut for jazz singer Gregory Generet – a new voice on records, but a vocalist who's worked often in performance on the New York scene! Generet's got this style that grabs you right away – an instant classic mode that carries echoes of Johnny Hartman and an older generation of jazz – set to tight trio backings from a group that includes Onaje Allen Gumbs on piano, Marcus McLaurine on bass, and Payton Crossley on drums! Other musicians move in and out as the set rolls along – including Roger Byam on tenor, Marc Cross on soprano, and Eddie Allen on trumpet – but the core sound is focused on the trio's warm backing of Genere't vocals – with strongly-pronounced basslines that are a great fit for his mood. Titles include "Rio De Janiero Blues", "Moon Dance", "Stolen Moments", "Caravan", "How High The Moon", and "Angel Eyes". ~ Dusty Groove 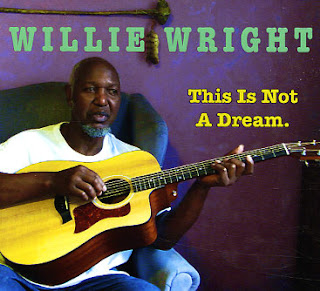 WILLIE WRIGHT – THIS IS NOT A DREAM

The first album in many many years from the enigmatic Willie Wright – an artist who's probably best known for Numero Records' recent revival of his older material, than he was for getting big exposure back in the day! This new set is handled with a surprisingly great style – one that really stays true to Wright's unique brand of folksy soul – a mode that's got echoes of Bill Withers and Terry Callier, but which is also served up in a voice that's distinctly Willie's own too! Instrumentation is nicely stripped down – just guitar, keyboards, and rhythm on most tracks – plus bits of flute or sax here and there – and the production is wonderfully faithful to Wright's vocals, which sound surprisingly strong after all these years. Titles include "Jimmie Lee", "Our Time Has Come", "Dance Floor", "Donna's Song", "Trust", "Don't Change A Thing", and "This Is Not A Dream". ~ Dusty Groove 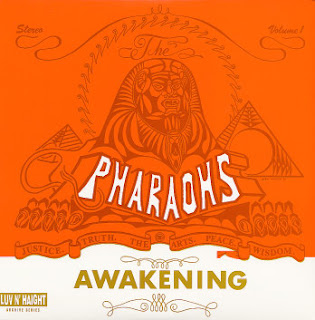 A brilliant batch of jazzy funk from Chicago! The Pharaohs were a solid jazz/funk group with a spiritual edge, with a connection to the righteous Windy City scene that stretched back to membership in Phil Cohran's Artistic Heritage Ensemble, and later work in Earth, Wind and Fire. Players include Chicago soul and jazz luminaries Louis Satterfield, Don Myrick, Ben Israel, Aaron Dodd, and Derf Reklaw – and the overall style of the tracks is the same mixture of spiritual jazz, soul, and funk that you find on the best early Earth Wind & Fire records! Titles include "Damballa", "Freedom Road", "Great House", and "Black Enuff". (Back in print for the first time in years! Includes code for download.) ~ Dusty Groove
Posted by Jazz Chill at 11:00 AM