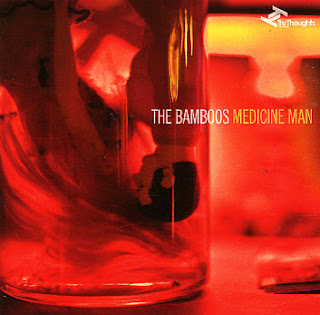 A great step forward for The Bamboos – still as funky as ever, but in a much greater range of styles than before! The core deep funk sound we've always loved is still burning away at the bottom – thanks to the ever-trusty grooves of Lance Ferguson and crew – but this time around, there's also a host of guests who really seem to shape the overall feel of the record – Aloe Blacc, Megan Washington, Klye Auldist, Daniel Merriweather, Bobby Flynn, and Ella Thompson – each bringing in their own great flavors, and creating a depth of sound that's mighty nice! Most of these guests are vocalists, but their shifting styles seems to spur the instrumentation onto new heights too – adapting to suit the mood, yet never in a way that's too frenetic to keep the album from being unified overall. Titles include "Where Does The Time Go", "What I Know", "I Got Burned", "Cut Me Down", "Midnight", "Medicine Man", "Window", and "Hello Stranger". ~ Dusty Groove 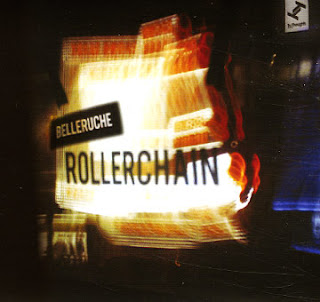 Much more focused work than before from Belleruche – a set that's still got the Tru Thoughts regulars working in an electronic, contemporary mode – but also hitting some more tuneful, song-structured sounds as well! The album's got plenty of catchy numbers that could actually cross over big – with a groove that's often midtempo, and never too over the top – yet with enough punch to avoid the too-sleepy cliches of the downtempo world too. Titles include "Afan", "Cloverleaf", "Underfire", "Passenger Side", "Reach For The Bottle", "16 Minutes", and "Stormbird". (LP comes with bonus CD version of the full album.) ~ Dusty Groove 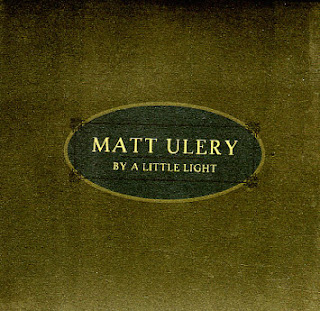 MATT ULERY – BY A LITTLE LIGHT

A beautiful little record from Matt Ulery – double-length in size, and even more than double in terms of feeling and depth! Matt's a figure on the Chicago scene – and in a way, his music represents the return to arrangements in the city's recent avant jazz world – yet his music is also even more compellingly concise, and handled with a strong ear towards thoughtful, tuneful compositions that have fluid, expressive feel – hardly outside at all, although always with an edge – and handled with a soundtrack-like sense of color and scene. In a way, there's almost a Kip Hanrahan sort of vibe to the music – especially in the way it goes way past familiar jazz – especially on the few vocals numbers, which feature lyrics sung by the lovely Grazyna Agusick. Other musicians include Ulery on bass, Ben Lewis on piano, Zach Brock on violin, James Davis on trumpet, Matthew Duval on vibes, and Jon Deitmeyer on drums. Titles include "Dark Harvest", "Processional", "By A Little Light", "To Lose Your Mind", "Wilder Years", "Sow The Deep Seeds", and "To The Brim". ~ Dusty Groove
Posted by Jazz Chill at 1:15 PM