BERTIE HIGGINS - YEAR OF THE DRAGON 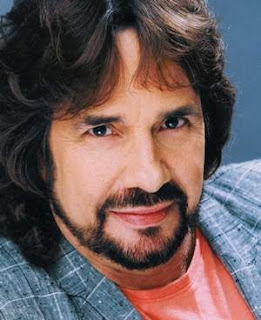 This week, Toucan Cove Entertainment/Universal Music released the newest collection from iconic singer-songwriter Bertie Higgins. The 21-track album, Year Of The Dragon, includes both original songs as well as Bertie’s take on old favorites. Year Of The Dragon is Bertie’s 11th CD, and the track list is very personal to him. While the cover songs are some that he admires and has performed over the years as homage to the singers and songwriters, one features an extraordinary special guest.

Actress and singer Sally Kellerman duets with Bertie on “La Vie En Rose,” the first single from Year Of The Dragon. Says Bertie, “Sally has that fantastic, sensuous quality in her voice that lends itself well to this 1940's classic and it was wonderful to have the opportunity to sing with her. “

On another unique and intimate addition, Bertie recalls, “"Casablanca" which was recorded in Beijing and is a re-make of the original song that he wrote and recorded back in the 1980's. It features a wonderful twelve year old new Chinese singing sensation, Jiang Zi Long, in a duet with Bertie and was recorded with traditional Chinese instruments.

Bertie has also been a filmmaker for several years, and a few of the songs on Year Of The Dragon soundtrack his film work. "La Vie En Rose" is from a forthcoming feature produced by Bertie and directed by his son, Julian. "A Black Forest Christmas" (working title) takes place on Christmas Eve at a World War Two POW camp in Germany and is a unique re-telling of the nativity. "Save the Bales" is from a current internationally-distributed film, "The Colombian Connection," based on a true story about smugglers in the mid-1970s. “Oh, Come to Me" is the love theme from "The Marco Polo Bridge,” a love story set against the backdrop of the Japanese invasion of Peking, China in the summer of 1937 which drew China reluctantly into the Second World War. The majority of the principal photography will be in Beijing.

Bertie Higgins is best known and loved for classic hits "Key Largo", “Casablanca” and “Just Another Day In Paradise.” He has been performing world wide for over 25 years, much to the joy of his massive fan base, the "Boneheads." Bertie has appeared on dozens of radio and TV shows both domestically and internationally, including several VH1 specials, the national MDA Telethon, the CBS Early Morning Show and in front of millions with Michael Bolton on two CCTV’s 2012 New Year’s Specials from China. He has been currently touring the Pacific Rim countries, where he is a multi-platinum artist, and is preparing for a North American tour that will begin late summer.

Track List:
California Promises
Casablanca (with Jiang Zi Long)
Green River
If You Could Read My Mind
La Vie En Rose (with Sally Kellerman, from the film “A Black Forest Christmas”)
Mexico
Money for Nothing
Moonshadow
My Heart Will Go On
Oh, Come to Me
Save the Bales (from the film “The Colombian Connection”)
Save the Last Dance for Me
Scarborough Fair
Since I Fell For You
Tanqueray
The Old Man and the Sea
Time in a Bottle
Toes
Water on the Moon
When I Fall in Love
When Will I See You Again