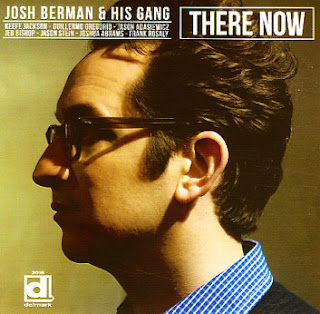 JOSH BERMAN AND HIS GANG – THERE NOW

Seminal Chicago sounds from cornetist Josh Berman – and a record that's not just a key example of his talents, but of the whole energy of the Windy City scene as well! There's a nice gag in the "His Gang" on the cover of the record – but it's also somewhat well put, too – as Berman's definitely got ears for the old-time sounds such a name might imply – yet always has ways of making those older modes come out with freshly modern energy! The balance is amazing – and really shows Josh's ear for trad jazz, mixed with his contemporary avant expressions – a pan-historical jazz mode that's hardly ever been handled this well – except maybe by Jaki Byard at a few moments. At some level, the instrumentation reads like an old trad band – cornet, clarinet, trombone, bass clarinet – but the sounds here are definitely 21st Century – played by a great "gang" that includes Guillermo Gregorio on clarinet, Jeb Bishop on trombone, Jason Stein on bass clarinet, Keefe Jackson on tenor, Jason Adasiewicz on vibes, Josh Abrams on bass, and Frank Rosaly on drums. Berman's arrangements are wonderful – very offbeat, but swinging too – and titles include "Sugar", "Mobile & Blues", "Liza", "Cloudy", "One Train May Hide Another", and "Jada". ~ Dusty Groove 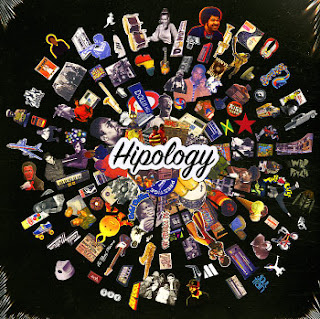 Marc Mac takes it back, way back – with some great 70s styled sounds mixed in with Marc's 21st Century vibe – a timeless mix of tightly grooving soul jazz with a live hip hop backdrop! In his work with 4 Hero, Marc could proudly pay tribute to his influences while innovating with contemporary beats and rhythms – and that tradition continues with Hipology. Classic hip hop and the 70s soul, funk and fusion that laid the blueprint are revered, with a modern vibe. Marc Mac produces and plays percussion, bass, strings and every kind of keyboard – with guest rhymers and players include the Ariya Astrobeat Arkestra horns, Baron & TRAC, Luke Parkhouse, John Robinson, Notes To Self and others. Titles include "Shaft In Africa (Addis)", "Funky Fanfare", "Apache (Battle Dub)", "Jungle Green Outlines", "Swahililand", "Luanne From Harlem", "Back In Time","Oil & Water" feat Notes To Self, "Come And Play In The Milky Night", "Whatever Happened To Peace?" and more. Includes a bonus CD: the Hipology Bonus Mixtape! ~ Dusty Groove 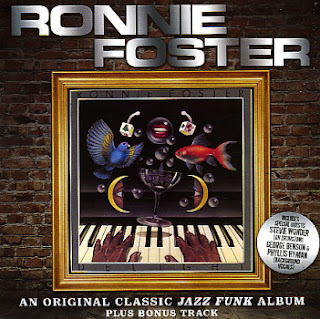 A definite delight from Ronnie Foster – a post-Blue Note set that actually has the keyboardist sounding better than ever! Ronnie's always been one of those guys who seems to work best when moving against a bit of structure – and here, that force is provided by the excellent Jerry Peters – who's come up with some great soul backings that also have these nicely offbeat corners – more than enough to preserve some of the quirkiness of Foster's work from previous years – yet also giving him a bit more direction too! There's a bit of vocals on the set – mostly from Ronnie – with backing from Phyllis Hyman, Jim Gilstrap, and Peters himself. Titles include "Argentina", "We As Love", "Let Me In Your Life", "I've Got Your Love", and "When Will I Write You A Song?". This CD version also includes the bonus "You're The One (US 7" Single)". ~ Dusty Groove
Posted by Jazz Chill at 9:48 AM