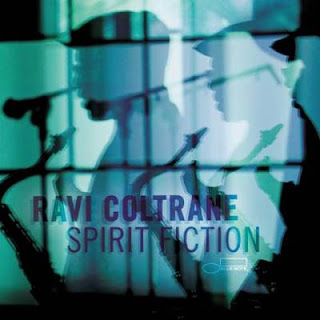 Coltrane’s label mate and fellow saxophonist Joe Lovano served as co-producer of the album along with Coltrane. “I’ve always produced my own recordings except for the first one, Moving Pictures, which was produced by Steve Coleman,” says Coltrane. “Joe was a truly supportive producer on this project. He has been an important figure in my life for over 20 years." Lovano also plays alongside Coltrane and Allen in an intimate reading of Paul Motian’s “Fantasm” and joins the quintet for an explosive version of Ornette Coleman’s “Check Out Time,” from Coleman’s 1968 Blue Note album Love Call. Spirit Fiction also includes six original compositions by Coltrane and three by Alessi.