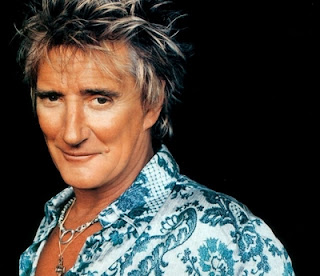 As part of this multi-album deal, the two-time Hall of Famer has teamed with Grammy award-winning producer, songwriter and Verve Music Group Chairman David Foster to record his first Christmas album. Stewart's warm, expressive and distinctively raspy voice is proving a perfect fit for the holiday classics. The album will also feature a handful of star-studded vocal duets and is scheduled for release this fall via Verve Music Group.
"I've known Rod and Arnold for many years and have been wanting to work with them for some time," stated Mr. Grainge. "Rod possesses one of pop music's most inventive and memorable voices; and we're delighted to be part of the next great chapter in his already storied career."

"UMG remains committed to artistic creativity and expanding opportunities for artists in the marketplace," continued Mr. Grainge. "And nowhere is this more evident than in our new partnership with an artist of Rod's caliber."

Rod Stewart commented, "I'm confident that by partnering with my fellow CBE, Lucian, and his cracking, top-notch company, we have the best team in the business. And the chance to work again with David Foster makes it that much sweeter."

"This is a match made in heaven," Arnold Stiefel declared. "Rod's writing spirit has been rekindled and Universal is the perfect keeper of the flame."

With his soulful and singular voice, narrative songwriting and passionate live performances, Rod Stewart has paved one of the most iconic and successful musical careers of all time. In July, he will reunite with Stevie Nicks to reprise their acclaimed Heart & Soul tour and in September he will return to his Las Vegas residency at The Colosseum at Caesars Palace. All on the heels of his hotly anticipated first memoir and Christmas album, which are both, scheduled for U.S. release this fall.

During Stewart's iconic five decade-long career, he has sold more than 150 million albums worldwide, scored countless charting hits, 18 Grammy nominations and two inductions into the Rock and Roll Hall of Fame. He is a Grammy Living Legend and in 2007 was bestowed the prestigious CBE (Commander of The British Empire) title by the Queen of England.