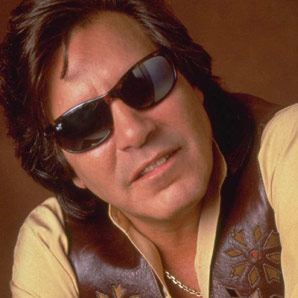 With a career that has earned 9 Grammy Awards; including the LARAS Lifetime Achievement, Jose Feliciano has attained worldwide acclaim that has spanned more than three generations. Jose Feliciano now indulges himself in a lifelong dream… to honor his childhood hero- Elvis Presley. His latest CD release, The King... by Jose Feliciano, visits some of Elvis' greatest hits as well as some of Jose's favorite songs.

The highly acclaimed guitarist, singer and composer returns to his youth to rekindle his passion for Elvis. After over a year in his private studio, Jose handpicked twelve Elvis songs. He arranged each one, played all of the instruments, recorded all of the background vocals and branded each song with his own distinctive voice and guitar.

The record came to fruition after Jose made a pilgrimage to Memphis in January 2012, to join in the annual remembrance of Elvis' birth at Graceland. It wasn't his first visit; but it was remarkable. Jose was asked to lead Elvis Fans in singing Happy Birthday at the Birthday Cake Celebration.

While at Graceland, Jose was fortunate to meet Elvis' long time friend and confidant, George Klein. George broadcasts his radio program from Graceland and is the Executive Producer of The King...by Jose Feliciano. Jose also met Johnny Phillips, the nephew of the man who first recorded Elvis in 1954.

He now co-owns the company his uncle founded- the legendary Select-O-Hits. He quickly signed Jose and will release the project throughout North America on August 7th, 2012. Mr. Phillips adds, "It's an honor to be working with one of the greatest singers, musicians and performers of our time!!"

This CD is the most personally satisfying genre album to date. The King... By Jose Feliciano not only showcases the magic of Feliciano but his genuine appreciation and affection for the undisputed King of Rock and Roll, Elvis Presley.