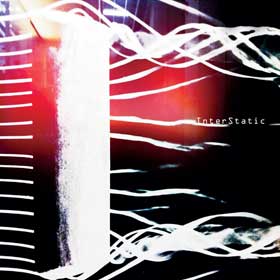 Interstatic is a group that consists of veteran keyboardist-composer Roy Powell, guitarist Jacob Young and drummer Jarle Vespestad. This is only the second release overall, following their ambitious 2011 outing, Anthem. The album is available through Rare Noise Records and is available on CD and 24bit-Flac digital download.  Seamlessly combining elements of jazz, experimental, ambient and rock, the scintillating power trio stretches in typically intense fashion, extending the organ trio tradition established by Jimmy Smith and taken to realms beyond on such groundbreaking recordings as Tony Williams Lifetime’s Emergency! (with Larry Young and John McLaughlin) and John Abercrombie’s Timeless (with Jan Hammer and Jack DeJohnette.) InterStatic is the trio formed by Roy Powell (of Naked Truth) on Hammond Organ, Jacob Young (Mathias Eick, Trygve Seim) on guitar and Jarle Vespestad (SuperSilent, Tord Gustavsen) on drums - Psychedelic Nordic Jazzrock for the 21st century. ~ rarenoiserecords.com 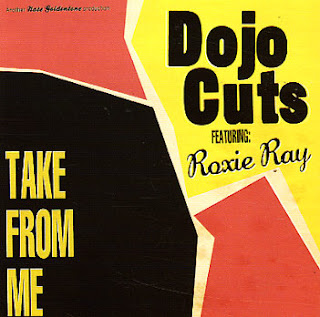 DOJO CUTS FEATURING ROXI RAY - TAKE FROM ME
A tremendous step forward for Dojo Cuts – a record that has the funky ensemble from down-under really finding their own groove – and coming across with a sound that's a lot tighter than before! We liked these guys from the start – but this time around, they really win us over even more – with a funky focus on the rhythms that really sets the record on fire from the very first note – and helps provide a wonderful platform for the all-soul vocals of Roxie Ray – who herself sounds a lot deeper and more mature than before! There's nothing we love more than watching a group grow up over the years – and this sweet second set definitely has Dojo Cuts doing just that – returning all our previous faith in them with even greater grooves. Titles include "El Entro", "Mamacita", "In This Moment", "Sonny's Strut", "I'd Rather Go Blind", "Take From Me", "What Do I Have To Do", and "Easy To Come Home". ~ Dusty Groove 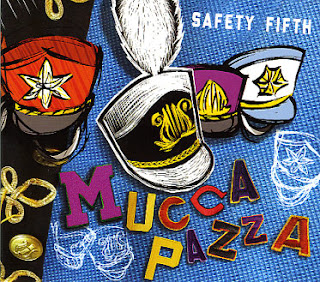 MUCCA PAZZA - SAFETY FIFTH
Fantastic sounds from one of our city's greatest groups of the past decade – the mighty Mucca Pazza, a darn funky band who are heavy on horns, but move with an incredibly lean groove! The label describes the group as "the marching band that thinks it's a rock band" – but we've always found these guys to be even more playful than that – not rock, but kind of a multi-instrumental "happening" – especially when they crop up at street performances – which are always as visually stimulating as they are musically groovy! This full album represents the group even better than we might have imagined – with a great focus on the harder-romping sound of their music. Titles include "Sexy Bull", "Marcia Anormale", "Boss Taurus", "Monster Tango", "Rabbits & Trees", "Last Days", "Sunday Showing (part 1)", and "Coolashell". (Includes download card & bonus tracks.) ~ Dusty Groove
Posted by Jazz Chill at 10:53 AM