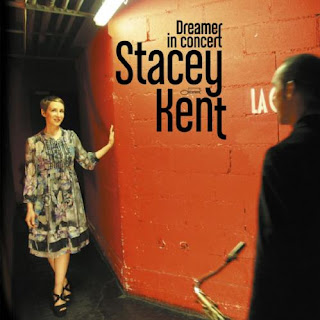 After 8 studio albums, Dreamer In Concert is the first album that captures Stacey Kent's magical onstage persona. She delivers fresh interpretations of some of the most emblematic songs in her repertoire, including the standards of the Great American Songbook, “The Best Is Yet To Come,” “They Can't Take That Away From Me,” “It Might As Well Be Spring” and others. She also revisits the classic French songs “Ces Petits Riens,” “Samba Saravah” and “Jardin d’Hiver.”Upcoming tour dates in support of the album include: June 7 - Indianpolis, IN - Columbia Club; June 8 - Indianpolis, IN - Columbia Club; June 10 - Madison, NJ - Shanghai Jazz; June 11 - Hummels Wharf, PA - Susquehanna; Valley Country Club; and June 12-16 - New York, NY Birdland. Queen of Soul is right! Heck, on these early albums, Etta practically invented soul – or at least invented a deep soul style of singing that would be taken up by countless other female singers during the 60s, but rarely matched with this kind of brilliance. Straight up beatiful stuff! The arrangements are uncredited, but we think they're probably by Riley Hampton – who did so much of Etta's other wonderful work in the early 60s. The recordings for sure took place at points between '62 and '64, mostly in Chicago, with couple in New York and one in Nashville. One other thing that is crystal clear about the sessions is that she had access to the very best musicians and the best sound possible – all you need is a listen to know that! The album's an all-solid, all-soul record with loads of obscure tunes and not a bit of filler! Titles include "Flight 101", "Bobby Is His Name", "Breaking Point", "Mello Fellow", "Do Right", and "Somewhere Out There". This first ever proper CD release is loaded with excellent bonus material – recordings from the same early-to-mid 60s period – 13 of them "You Got Me Where You Want Me", "Only Time Will Tell", "Pushover". "You Can't Talk To A Fool", "Would It Make Any Difference To You", "Pay Back", "Tomorrow Night", "I Can't Hold It Any More" and more. 23 tracks in all! ~ Dusty Groove 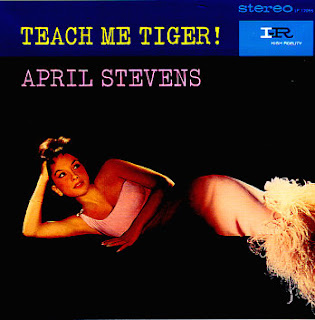 Breathy brilliance from April Stevens – the sexy west coast singer who made some really wonderful records in the 50s! At some level, April was a bit like Julie London – in that she sang in a laidback, seductive tone that was quite risque at times – but she was also a bit more pop than jazz, and was always up for a catchy arrangement or a slight production gimmick to really help send over a tune! The title track was a hit single, but the whole album's great – and titles include "I'm In Love Again", "Do It Again", "Teach Me Tiger", "That's My Name", "When My Baby Smiles At Me", "I Want A Lip", and "In Other Words". ~- Dusty Groove