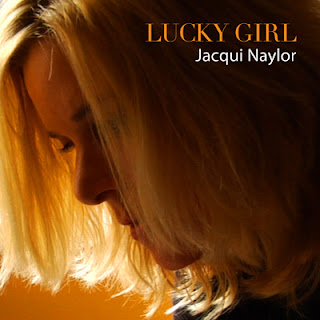 On Tuesday, June 19, 2012, a new documentary about jazz vocalist and songwriter, Jacqui Naylor, was released nationwide through Ruby Star Records and eOne Distribution (RBY-DV-79367). Lucky Girl -A Portrait of Jacqui Naylor, is produced by ARTiDOCs, a Bay Area production company specializing in portrait style documentaries on artists. The documentary is shot with a Panasonic HVX200 in HD, using natural light.

After producing a music video for Naylor in 2008, ARTiDOCs co-founders Marcelina Cravat and Jules Kobelin approached the singer about creating a feature length portrait documentary of her life and creative process. Naylor agreed and the duo and their crew followed the artist and her band for two years on the road and into the studio, while they prepared new music for her eighth CD, also titled Lucky Girl, (Ruby Star Records RSR-007 2011)

The documentary follows Naylor on tour to several jazz clubs including Seattle's Jazz Alley, San Francisco's Rrazz Room, and the Istanbul Jazz Center in Turkey. Replete with performances, songwriting sessions, and behind- the-scene moments, the film transports the viewer through a series of musical montages and local flavors. Interviews with long-time band members and others close to Naylor offer an intimate look at the life of this respected jazz artist who is also a practicing Buddhist and long-time San Francisco resident.

"Jacqui's primary goal is to provide unity and community and this message is clearly delivered throughout the duration of Lucky Girl," says producer Kobelin. From the opening scene of chanting with fellow Buddhists in their home to the recording of a pledge drive song for NPR, the film shows how Naylor and pianist and husband, Art Khu, use their music to bring people and ideas together. The couple's original song "Dreamin' Prayin' Wishin' was recently picked up by Two Degrees for use in their marketing to end world hunger and "Rise Up" featured on the Obama-Biden Website.

Naylor is perhaps best known for her ability to mix genres from different generations through the arranging technique she calls "acoustic smashing." "Jacqui Naylor has brought new twists to the notion of melding jazz and pop tunes - without high-tech assistance," claims NPR's California Report. "Naylor has the chops and sensitivity to pull it off," chimes New York Magazine. The film includes examples with "My Funny Valentine" from Rodgers and Hart sung over the groove of ACDC's "Back In Black," "Black Coffee" from Webster and Burke atop Led Zeppelin's "Moby Dick," and "Surry With The Fringe On Top" from Rodgers and Hammerstein over George Benson's "Breezin'."