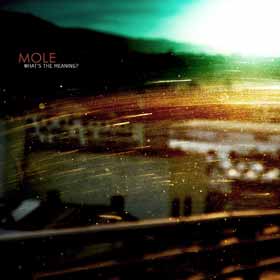 It was nearly eight years ago that Mexican-born pianist-composer Mark Aanderud joined forces with Argentinian drummer Hernan Hecht. Their chemistry was immediate and natural. From that initial encounter they have progressed to their recent formation of Mole, an exhilarating new quartet that is breaking new ground in its approach to contemporary jazz. The two kindred spirits are joined by Mexican upright bassist Jorge “Luri” Molina and New York guitarist David Gilmore, whose impressive list of credits includes tours and recordings with the likes of Wayne Shorter, Trilok Gurtu, Don Byron and Steve Coleman’s Five Elements. “When we decided to tour with someone else from New York, to have new sounds and pressure to work with someone already recognized internationally, someone from which to learn, with a shared philosophy and professionalism, we automatically thought of David Gilmore, “says Hecht. Adds Aanderud, “There is probably no other guitarist as diverse in groove, time and the free approach as him. So it was easy to know he was the one we were looking for.”
~ rarenoiserecords.com 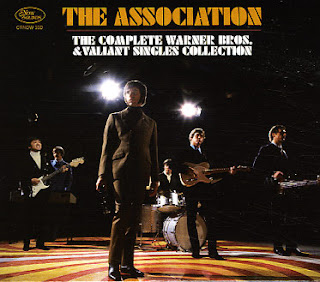 THE ASSOCIATION - COMPLETE WARNER BROS. & VALIANT SINGLES COLLECTION
Mindblowing music from The Association – a heady double-length package that features every single the group ever cut for the Valiant and Warner Brothers label – which together make for an amazing evolution in sound! Although best remembered for their few soft rock hits, The Association were a hell of a group who never stopped growing back in the 60s – from sublime folksy harmonies at the start, to more complicated baroque pop as years went on, to some psych elements, and even a return to rootsier sounds they never had in the first place – always delivered with qualities that were head and shoulders above most of their contemporaries – and perfectly put together in the best LA studio styles, with help from giants like Curt Boettcher, Gary Paxton, Bones Howe, and others. The group also became quite skilled in the studio themselves – as you'll hear in the book's copious notes and comments from members themselves – all a perfect package for a set that features 37 mighty tunes that include "Six Man Band", "Goodbye Columbus", "Like Always", "No Fair At All", "Standing Still", "Pandora's Golden Heebie Jeebies", "Looking Glass", "Birthday Morning", "Makes Me Cry", "PF Sloan", "Just About The Same", "Traveler's Guide", "I Am Up For Europe", "Hear In Here",a nd "Forty Times" – not to mention some bigger hits! ~ Dusty Groove 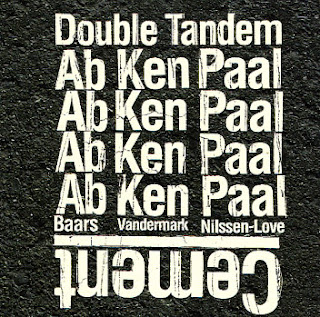 AB BAARS / KEN VANDERMARK / PAAL NILSSEN DOUBLE TANDEM - CEMENT
Fierce free work from a mighty trio – one that features Ken Vandermark and Ab Baars on reeds, and Paal Nilssen-Love on drums and percussion! There's a staccato sound to the record right from the start – one that comes from Baars sharp lines, stepping out alongside the drums – but things mellow out a bit as the set moves on – with the players finding these tonal textures between themselves, settling nicely into a base before taking off again. Tracks are long – one runs for over 30 minutes – and titles include "Marl", "Skarn", and "Shale". ~ Dusty Groove