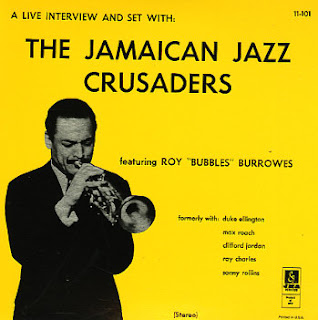 An amazing little record – not just for the music itself, which is inherently great – but also for its straight jazz presentation of players you might know in more of a reggae-based setting! The album's a smoking set of hardbop numbers, played with plenty of soul – by a combo billed as the Jamaican Jazz Crusaders – featuring Roy Bubbles Burrows on trumpet, Ernst Ranglin on guitar, Roland Alphonso on tenor, Aubrey Adams on piano, Harold Williams on bass, and Carl McLeod on drums. The format's a bit unusual, in that the album's bracketed by interviews and introductions from Jamaican jazz DJ Nevil Willoughby – but in the core are some great performances, with very inventive arrangements, especially in the way Ranglin's guitar is used – on titles that include "The Highest Mountain", "On Green Dolphin Street", "Split Kick", and "Round Midnight". ~ Dusty Groove 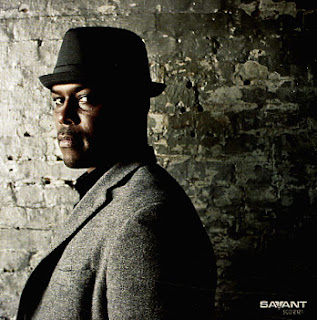 The title's not a metaphoric one – or at least not entirely so, as this set of original tracks by JD Allen draws strong inspiration from the art of bullfighting – but then also moves on to deeper musings on movement and choice – cast out perfectly by the expert trio on the set! Allen's tenor is already dynamic enough – but it's really set fire here by the bass of Gregg August and drums of Rudy Royston, who propel the original compositions with a deep sense of color and soul that really matches JD's horn – the kind of tenor trio effort that hearkens back to the initial late 50s experiments in the format by Sonny Rollins, but grows to encompass all the changes that have taken place since then! Titles include "Paseillo", "Cathedral", "Suite Of Lights", "Ring Shout", and "Muleta". ~ Dusty Groove 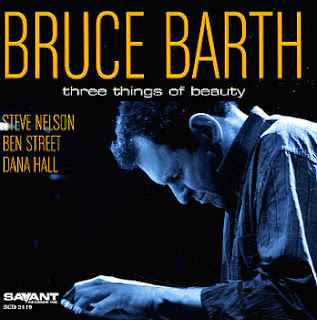 Not just a great album for the piano of Bruce Barth – but also for the vibes of Steve Nelson, whose tones are a perfect fit for Barth right from the very first note of the set! The pair ring out beautifully, righteously, soulfully throughout – leaping forward in tones that are fresh, with plenty of those sharp edges we always love in Nelson's playing – but also well grounded in soul and swing, thanks partly to help from Ben Street on bass and Dana Hall on drums – both players who know when to leap in with bold rhythms when needed, and hang back nicely on some of the more lyrical moments too. Titles include "Big Nick", "Final Push", "My Man's Gone Now", "Wondering Why", "Be Blued", "The Song Is You", and "Three Things Of Beauty". ~ Dusty Groove