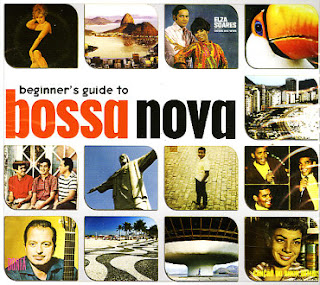 Way more than just an introduction – and instead, an amazing collection of bossa nova gems – 48 tracks pulled from the vaults of the legendary EMI/Odeon label – home to some of the best bossa work ever recorded in Brazil! The package is a treasure through and through – filled with key classics, overlooked gems, and the kind of weird and wonderful bossa numbers that never made it here to the US – but which have made digging for Brazilian records a favorite pastime of ours for decades. Most tracks here are from the 60s, and the set runs from straight bossa numbers to others that use bossa as a starting point, then take off into great new territory. Titles include "Ao Amigo Tom" by Doris Monteiro, "A Resposta" by Marcos Valle, "Voce" by Milton Banana Trio, "Deixa Eu Dizer" by Claudia, "A Ra" by Joao Donato, "Eh Mundo Bom Tai" by Johnny Alf, "Agua De Beber" by Neco, "Onde Anda O Meu Amor" by Bossa Tres, "Fotografia" by Sylvia Telles, "Por Causa De Voce" by Marisa, "Outra Vez" by Elizeth Cardoso, "Inutil Paisagem" by Dick Farney, "Ho Ba La La" by Norma Benguell, "Estamos Ai" by Leny Andrade, "So Tinha De Ser Com Voce" by Eumir Deodato, and "Misturada" by Quarteto Novo. ~ Dusty Groove 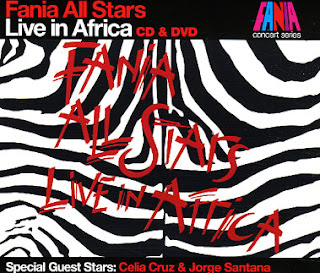 A key 70s moment of pride for the New York Latin scene – and one of a number of crucial live sets cut by the legendary Fania All Stars! The group were invited to play a three day music festival in Zaire in 1974 – timed to coincide with the Rumble In The Jungle Ali/Foreman fight – and after blowing the crowd away on the first night of the festival, they took the stage again for a massive encore on the last night – recorded here in all its glory! The energy of the set is amazing – as some of New York's greatest Latin artists of the time rock the house in front of a crowd of 80,000 Africans – creating a cultural exchange that should have made the State Department blush. Numbers include "En Orbita", "Guantanamera", "Quimbara", "El Raton", "Mi Gente", and "Ponte Duro". Package includes the full original film, plus lots of bonus footage that's extra-cool – including some great location shots in Zaire! Also features the full album on CD - but with more cuts than the film! ~ Dusty Groove 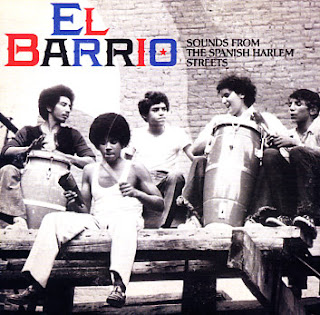 A killer batch of boogaloo and Latin Soul – and a set that even features 2 unissued gems from the vaults of Fania Records! As with the previous entry in this series, the sound here is plenty darn soulful throughout – lyrics that are often in English, and rhythms that borrow heavily from American funk and soul of the late 60s – mixing African-American musical styles with Puerto Rican and Cuban elements – all to come up with a groove that's as fresh today as it was back in the Spanish Harlem scene of the time! Previously unreleased tracks include "Evil Ways" by Pete & Louie, and the full length version of "O Elefante" by Ray Barretto – and other tunes include "Rise Up" by Orchestra Harlow, "Safari" by Tito Puente, "Revolucionando" by New Swing Sextet, "Times Are Changing" by Jimmy Sabater, "MC2" by Willie Colon, "Crystal Blue Persuasion" by Joe Bataan, "Musica Del Alma" by TNT Boys, "Here Comes The Judge" by Pete Rodriguez, "Ape Walk" by Al Escobar, and "Rat Race" by Ralfi Pagan. ~ Dusty Groove
Posted by Jazz Chill at 8:32 AM