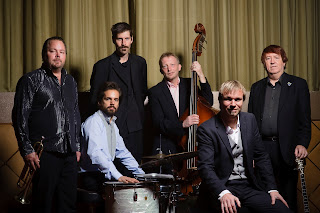 SECOND LINE JAZZBAND – GET OUT OF HERE

The Second Line Jazzband from Gothenburg, Sweden have been playing together for 24 years and there are still four of the group's six original members in the band. Nevertheless, it is considered that the band belongs to a younger generation of jazz musicians when most of the members are born in the 70s. Over the years the band has had time to perform in much of Europe, at jazz festivals and clubs as well as TV and radio. With their 13th album - Get Out Of Here – they have chosen a mixed repertoire with great care of old jazz classics mixed with music associated with Bob Dylan, Harry Bellafonte, Lil' Bob and the Lollipops, and their own material. In addition, the band invited some guest musicians who add extra spice to some songs. The pianist Matti Ollikainen, who plays with artists such as Peps Person, Håkan Hellström, Daniel Lemma, Hästpojken and others. Stefan Sandberg is a blues and roots guitarist who has played with virtually "all", from Peps Person to Carl-Einar Häckner, and finally also contributing soul singer Daniel Lemma who got his big break with the movie Jalla Jalla and the radio hit "If I Used to Love You ". With this album in their back Second Line Jazzband is preparing tours in 2012 in Sweden, Denmark, Norway, Germany, Holland and Switzerland 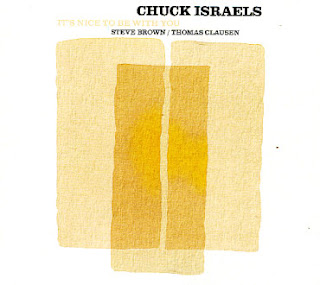 CHUCK ISRAELS – IT’S NICE TO BE WITH YOU

A great meeting between legendary bassist Chuck Israels and Danish pianist Thomas Clausen – brought together in a trio that also features some excellent guitar from Steve Brown! The mix of guitar, bass, and drums is really sparkling – and illuminates Clausen's piano in a way we don't always hear on other records – and certainly also provides a nice link to the more melodic tones of Israels' bass as well! Titles include "Ventilation", "All The Pretty Horses", "Ack Varmland", "Two Birds With One Stone", and "Sweet Pumpkin". ~ Dusty Groove 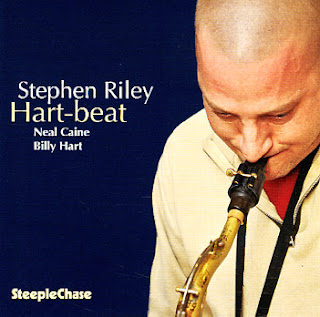 Great trio sounds from tenorist Stephen Riley – working here in a loose setting that features the bass of Neal Caine and drums of Billy Hart! The title of the set is certainly apt, as Hart's spacious approach to the drums really structures the music here – often leaving some wide open spaces for Riley to step in and blow with a sweet raspy sort of tone – a style that's got a nice edge on the harder numbers, and a really compelling sort of warmth on the gentler ones! The track selection really keeps things interesting too – and titles include "Black Narcissus", "Mr Sandman", "Just You Just Me", "Isotope", "Lonnie's Lament", "When It's Sleepy Time Down South", and "Ba Lue Bolivar Ba Lues Are". ~ Dusty Groove
Posted by Jazz Chill at 10:47 AM