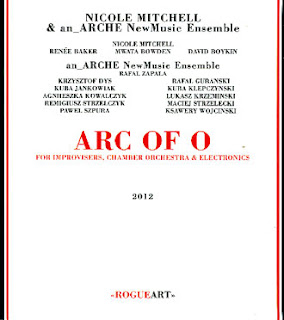 One of the most ambitious sets we've heard from Nicole Mitchell – a really unique mixing of modes that features a core Chicago group coming into play with the Arche New Music Ensemble! The initial group features Nicole on flute, vocals, and electronics – with Mwata Boden on baritone and bass clarinet, David Boykin on tenor, and Renee Baker on violin – all set against the larger backdrop of Arche – which features eleven musicians led by Rafal Zapala on electronics and percussion, on piano, trumpet, cello, viola, clarinet, trombone, oboe, and more! Mitchell's still at the heart of the performance – as the tracks are all her own compositions, and she conducts the proceedings as well – with this wonderful mode that's almost a blend of AACM energy with some of the more orchestrated improvisations of the European scene. The bulk of the record features the long "Arc Of O" piece – followed by a smoking rendition of Mitchell's great "Afrika Rising", a much more freewheeling and spiritual number! ~, Dusty Groove 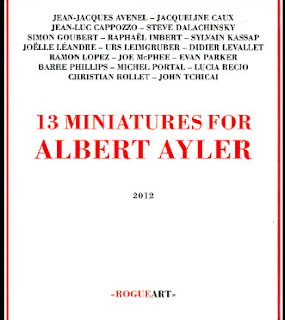 A beautiful set of tributes to the legendary Albert Ayler – presented here in a series of improvisations from different assemblages of players – some solo, some duo, and some in larger groups – all working together in a legacy of sound that really takes off from the amazing tones and textures that Ayler first forged in the 60s! The range of musicians is as exciting as the music itself – and the performances feature reeds from Joe McPhee, Evan Parker, Urs Leimgruber, Raphael Imbert, John Tchicai, and Michel Portal – plus trumpet from Jean-Luc Cappozzo, bass from Joelle Leandre, Jean Jacques Avenel, and Barre Phillips, drums from Simon Goubert and Christian Rollet – and a mixture of sung and spoken passages from Lucia Recio, Steve Dalachinsky, and Jacqueline Caux. ~ Dusty Groove . 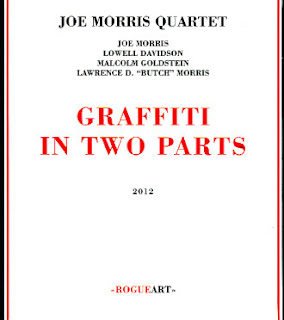 A really noteworthy recording in the career of guitarist Joe Morris – not just because it's lain undiscovered for decades – but also because it features one of the few recorded performances of Lowell Davidson, who's also known for a famous 60s album on ESP! Davidson plays drums here, and the unusual "aluminum acoustic bass", not his usual piano – a shift that was made in order to find a way to resonate more strongly with Morris – who himself plays guitar and banjouke – in a quartet that also features Malcolm Goldstein on violin and Butch Morris on cornet! The work is almost more spacious than some of Morris' other recordings – especially those of the 90s onwards – partly because there's a lot of "room" in the recording, almost that loft jazz style that you'd hear on improv records of the 70s – really perfect for the odd array of percussion instruments that Davidson brings into his performance. The core of the record features "Graffitti (parts 1 & 2)" – plus the very short "Tag". ~ Dusty Groove
Posted by Jazz Chill at 10:50 AM