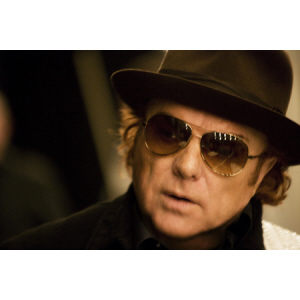 New Studio Album "Born To Sing: No Plan B" Out October 2

Van Morrison returns to Blue Note Records for a new studio album Born To Sing: No Plan B to be released on October 2. Morrison previously released the Grammy-nominated What’s Wrong With This Picture? on Blue Note in 2003.

Van says: "With most record companies being so corporate I am happy to be working with Don Was and the team at Blue Note. To have such a creative music person as the head of my recording label assures me that all the effort taken to write and record this new album will be rewarded with a music-based focus and marketing approach. I look forward to many recording projects with Don and Blue Note."

Don Was adds: “Over a career that spans decades, Van Morrison has developed a body of work that is unparalleled in its consistent excellence. He is one of the greatest singer/songwriter/musicians of all time. We are incredibly honored that he has chosen to record for the Blue Note label and look forward to many fruitful years together.”

A six-time Grammy winner and member of the Rock n’ Roll Hall of Fame and Songwriters Hall of Fame, Morrison is one of the most influential artists of the modern age. His poetically impressionistic lyrics and unique fusion of rock n’ roll with soul, jazz and folk have deep emotional resonance and universal appeal. His transcendent masterpieces Astral Weeks and Moondance are typically ranked among the best albums of all-time, while his more recent recordings Magic Time and Keep It Simple enjoyed Top 10 debuts.

Born To Sing: No Plan B was produced by Van and recorded in his native Belfast.