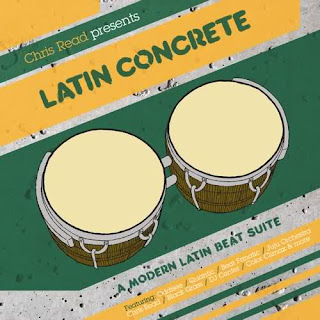 Unlike many of the compilations to have emerged from the BBE stable, Latin Concrete is less about unearthing rare or unheard music and more about shining a light on a sound that has been developing in its own small corner of the musical spectrum over the last decade or so.

Chris Read approached this compilation, not as someone who grew up around Latin influenced music or with any lengthy history of involvement in it, but as a DJ and music fan who grew up listening to the early sample based music of the late 80s and early 90s has, ever since, set about exploring the many directions that music has travelled in. The music which appears on this compilation is the product of just one of those many avenues.

The tracks featured her! e come from a variety of sources but in many cases are the product of a generation of DJs and producers who similarly grew up listening to the sample rich hip hop, house and more of the 80s and 90s and have taken that influence and applied it to a particular sound, in this case the varied musical styles of the Latin Diaspora. This is modern Latin music from a DJ's perspective - rhythm heavy, beat driven and infectious. ~ bbemusic.com 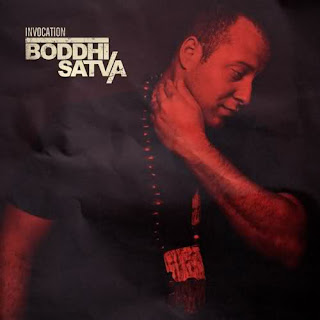 Hailing from Central African Republic (C.A.R.), Boddhi Satva vowed early in his career to make a statement through a signature sound of his own. Ancestral Soul was born. When music is the soundtrack of universal rituals - birth, graduation, marriage, and ancestorship, that’s Ancestral Soul; when music is simultaneously an tense argument between passionate lovers, a intense freestyle session between- or a revolutionary political speech by live instruments – kora, piano, sax, flute, congas, cello, balafon and turntables, that’s Ancestral Soul; when deep house music has modern Congolese rumba as wife, West African voices as mistresses, and urban R&B and Afro-Cuban rhythms as occasional girlfriends, that’s Ancestral Soul.

Boddhi Satva subsequently became a demanded remixer as “Ancestral Soul” versions of mainstream tracks won over club audience! s across the globe, in addition to recognition from connoisseurs and tastemakers. 2012 will see the worldwide release of the debut album Invocation on BBE Records, after it was released in Africa in 2011 by Vega Records, the label of the legendary Louie Vega. The latter hand-picked Boddhi in 2008 to be an elite producer for Vega Records and a resident of Vega DJ tours.

Invocation confirms the solid place that Boddhi established for himself in the house music landscape. It is an ode to the ritual dimension and the spiritual power of music. It is a kaleidoscope that reflects the layers, nuances, colours, impressions and transformations that one experiences in life. ~ bbemusic.com 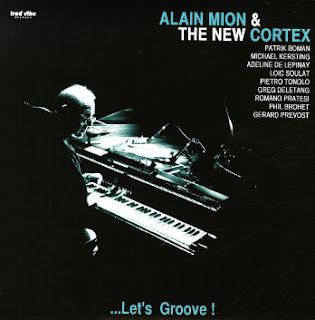 Alain Mion leads a new Cortex – grooving nicely, too – doing it live in Paris! Mion is at the grand piano for a good deal of the first side, energetically leading a great group on some stellar, timelessly jazzy numbers. The second half of the set has him on Fender Rhodes, for tracks that fully dive into the jazz funk vibe of classic Cortex.