The Montreux Jazz Festival has announced a special night featuring Nile Rodgers and Cerrone. This special night will also include performance by other artists that live, breathe and pass on the spirit of dance music. ‘What made sense back in the day still does today. Artists and their music have evolved but the spirit in which we composed ‘Freak Out’ remains the same,” enthuses Rodgers. Also appearing will be Rodgers’ one-night collaborator Mark Ronson. On the bill are many of the hits from the last 30 years. These include Nile Rodgers and his group Chic, Cape Verdean group Tavares, the powerful voices of Martha Wash, Taylor Dayne and Ultra Nate, as well as the electro sounds of English group Groove Armada.

Drummer Marc Cerrone was one of the biggest names during the formative disco years. He is also a producer and a composer and his worldwide album have sold 30 million albums sold worldwide. He’s a master of the dancefloor and his music is still widely popular and has been sampled by countless musicians over the years.

She was ½ of the British duo Yazoo and in 1983 she began her solo career. Her first album, ALF, was a major success in Britain and ranks among the biggest sellers of the year when it was released. Over time, Alison Moyet has released 7 albums and 3 compilations, all ofwhich hit the in the top 30 UK charts. Today, Alison Moyet still continuing his career, her latest album The Best of Alison Moyet: 25 years Revisited. 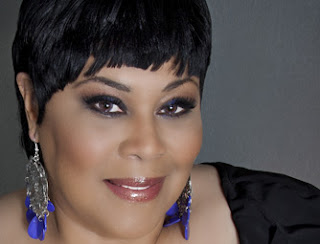 Graced with a powerful and distinctive voice, Martha Wash is a disco icon. She made her debut singing backup for singer Sylvester along with with Izora Redman. The two women join forces a few years later to create the group "The Weather Girls". In 1982 they released their global hit "It's Raining Men."

With hits like "Tell It to My Heart" and "Love Will Lead You Back," Taylor Dayne had 18 singles on the charts. In 2006 she was chosen by Elton John to sing at the party We Are Family Foundation.