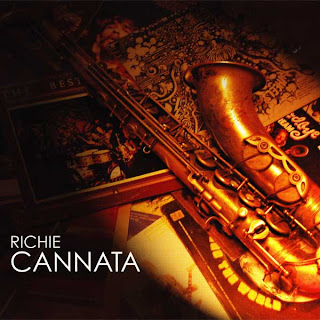 He’s worked with Billy Joel, Celine Dion, Jennifer Lopez, the Beach Boys, Bernie Williams and the list goes on. This New Yorker, born and raised in Brooklyn then Long Island has music in his blood. Richie Cannata studied classical piano growing up, but it doesn’t stop there. He also studied the clarinet, flute, keyboards, and saxophone with the tenor saxophone being his forte.

In his 20’s Richie performed and toured with Billy Joel. Richie often returns to perform on stage with Billy Joel, most recently on the New Years Eve 2000 Millennium Show at Madison Square Garden along with a 12 show run in 2006.

During the mid 1990’s Richie toured with the Beach Boys. In his experience with them he also worked with John Stamos as he and the Beach Boys would appear on the hit sitcom, “Full House” together. “John Stamos was always fun and made my performances memorable. The best episode for me was with Little Richard and then again all the episodes were fantastic.” He recently also contributed to Brian Wilson’s new CD.

Richie is not only a professional musician but also a music producer. He has produced albums for Phoebe Snow, Rita Coolidge, Corey Hart, and Tommy Shaw. Cove City Sound Studios is also a favorite for major headliner names to record their upcoming music. One of the most recent was Jennifer Lopez for her hit song, “On the Floor.” Richie’s musical work can also be heard in the motion pictures “Remo Williams – The Adventure Begins” and “Slaves of New York.”

All of Richie’s extensive work behind the scenes in music lead him to open “Cove City Sound Studios.” This is a state of the art recording studio in Glen Cove, New York Richie co-owns with his son Eren Cannata.

Richie currently is working on many production projects at Cove City Sound Studios in addition to hosting Monday Night Jams at the Bitter End. He also is the musical director of former New York Yankee and Latin Grammy nominated jazz artist, Bernie Williams and his band. In 2011 Richie released his debut solo album titled, Richie Cannata sold online now. “Being the owner of Cove City Sound Studios I never had the chance to get into my own studio and record a CD. This year I did and the results have been awesome. I would love it if people would support this live music so we can play shows throughout the world and make a in CD in the future.” To pick up your copy visit www.itunes.com.