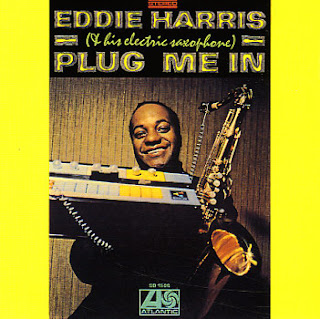 EDDIE HARRIS – PLUG ME IN

Killer stuff – and an amazing album that not only showcases the varitone sax talents of Eddie Harris, but also features some fantastic arrangements by Chicago soul genius Charles Stepney! Harris plugs in right from the start – blowing an electric sax that comes up with some groovy groovy sounds – perfect for Stepney to work with on the backdrops – mixing together funky orchestrations, off-kilter strings, and even some prepared piano, ala John Cage – similar to the mode he used with Ramsey Lewis at Cadet! Tunes are wonderful – offbeat, funky, and plenty darn soulful – and titles include "Live Right Now", "It's Crazy", "Winter Meeting", and "Theme In Search Of A TV Commercial". ~ Dusty Groove 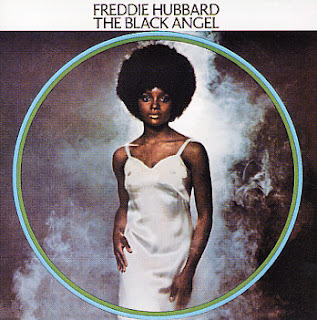 A totally fantastic set from the turn of the 70s, and one of Freddie Hubbard's most soulful, spiritual albums ever – a seminal chapter in the evolution of soul jazz – and a record that was a keen inspiration for changes to come on labels like Strata East and Black Jazz! The group here features Kenny Barron on both electric and acoustic piano – really stretching out with a hip, open sort of sound – possibly his first of this type on record – and other players include James Spaulding on alto and flute, Reggie Workman on bass, Louis Hayes on drums, and Patato Valdes on added percussion – giving a more complicated groove to the best numbers. Tunes are all long and well-penned – three by Freddie himself ("Eclipse", "Spacetrack", "Gittin' Down"), one by Kenny Barron ("Black Angel"), and one by Walter Bishop (the original recording of his classic "Coral Keys"!) ~ Dusty Groove 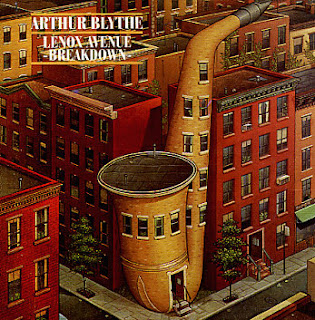 A stunning Columbia Records debut from Arthur Blythe – recorded at a time when the label was really sinking its teeth back into quality jazz, and helping artists like Arthur get some great new exposure! At the time of the date, Blythe had already spent years working in the jazz undergrounds on both coasts – developing a searing sound on alto sax that's perfect for the focused structure of this album – almost a tone poem of sorts, offering up a portrait of the Harlem scene that was a key part of Arthur's life at the time. The sounds are sharp, but also have a sense of energy that really holds them together – guiding the players through long readings of well-penned tunes by Blythe that are filled with loads of energy and life! Players include James Newton on flute, James Blood Ulmer on guitar, Bob Stewart on tuba, Cecil McBee on bass, Jack DeJohnette on drums, and Guillermo Franco on percussion – and titles include "Odessa", "Slidin Through", "Down San Diego Way", and "Lenox Avenue Breakdown". ~ Dusty Groove
Posted by Jazz Chill at 11:26 AM