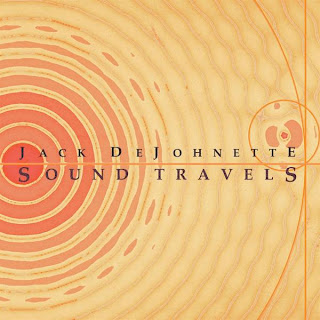 Following the launch of his latest critically acclaimed album, Sound Travels (released January 17 on Golden Beams/eOne), as well as being named a 2012 NEA Jazz Master in January, drummer and pianist Jack DeJohnette will continue to celebrate his landmark 70th birthday year with high profile performances, festival appearances, among other activities.
DeJohnette recently participated in the International Jazz Day inauguration at the United Nations in New York City on April 30 with Herbie Hancock (in his role as UNESCO Goodwill Ambassador), UNESCO Director General Irina Bokova, among other internationally recognized artists. "It was a great honor to be part of this extraordinary event. An amazing feeling to play in the UN General Assembly with my friends Herbie Hancock, Wayne Shorter, and Ron Carter honoring Miles Davis, and also playing with some of my other friends," reflects DeJohnette. "As UNESCO ambassador, Herbie has created a historic event here and is expanding the awareness of this great art form."


On May 9, DeJohnette will begin a West Coast tour at The Shedd in Eugene, OR, with a trio consisting of Chick Corea and Stanley Clarke. Billed as DeJohnette's 70th Birthday Tour, the tour serves as this trio's debut and will also headline Jazz Alley in Seattle (May 10-13) and Catalina's in Los Angeles (May 15-20). The same trio will return to the West Coast in September, with performances at Yoshi's San Francisco (September 5-8), The Opera House in Napa Valley, CA (September 9), and The Rio Theatre in Santa Cruz, CA (September 10). 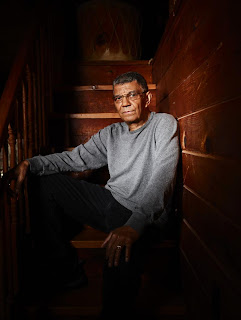 Other notable appearances for DeJohnette throughout the year include participation in Pat Metheny's five-day Summer Music Workshop beginning on August 20 as well as two European tours (in July with The Keith Jarrett Trio and in late September with his own group).

DeJohnette's 2012 festivities will culminate with two performances: the long-awaited reunion of "The Gateway Trio," featuring John Abercrombie and Dave Holland, at Chicago's Orchestra Hall (a hometown performance for DeJohnette) on November 2, and a Keith Jarrett Trio performance at NJPAC in Newark, NJ on December 1.

jackdejohnette.com
Posted by Jazz Chill at 8:26 AM