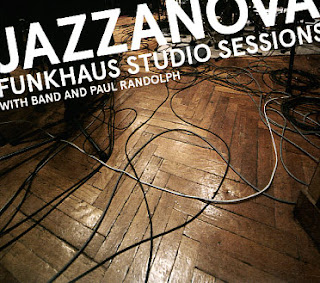 One of the greatest records we've ever heard from Jazzanova – a set that really returns the group to their roots, and features live funk instrumentation, and ultra-soulful vocals from singer Paul Rudolph! The sound is unlike anything Jazzanova's done in the past – even tighter, and more soulful than their excellent Of All The Things album – with a lean groove that's light years away from some of their too-electric moments from a decade ago! A number of tunes here are tracks from the group's more electronic years, but redone with much warmer live instrumentation –and the evolution in the music is mindblowing, with stunning results – a record filled with instant classics – as funky drums mix with jazzy horns, and set up a perfect vibe for the complex yet soulful sound of Rudolph's vocals. Titles include "Little Bird", "Flashback", "No Use", "Lucky Girl", "I Human", "Let Me Show Ya", "Theme From Belle Et Fou", "Fedime's Flight", and "Boom Clicky Boom Klack". ~ Dusty Groove. 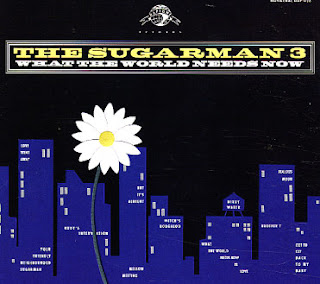 The return of the great ones – and quite possibly the funkiest album ever from The Sugarman Three – a crowning achievement for this funky combo that we've loved for years! The core trio is still in place – soaring Hammond, tight tenor, and heavy drums – but they've also added in some extra help from the Daptone universe – which helps the group hit an ultra-funky sound here – one that's sharp-edged, no-nonsense, and a wicked blend of soul jazz and late 60s funk! There's still plenty of standout tenor solos from Neal Sugarman, and wicked organ lines from Adam Scone – but there's also a bit of added trumpet, and great Bosco Mann basslines – which really give the whole thing a heavy punch. The groove is much more stripped-down and hard-edged than the Dap-Kings – and burns with a fire that never lets up for a minute – proof that in a world of funky revival combos, some of the older act still do it best! Titles include "Mellow Meeting", "Dirty Water", "Rudy's Intervention", "Your Friendly Neighborhood Sugarman", "But It's Alright", "Witch's Boogaloo", "Brother T", and "Love Went Away". ~ Dusty Groove 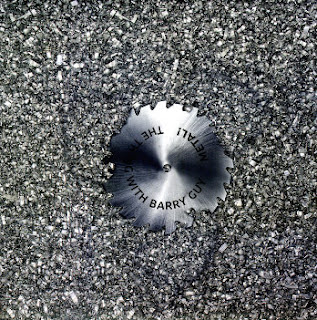 Bassist Barry Guy joins The Thing this time around – really helping to increase their bottom line, given that the group's already got their own bass player! The recording makes inventive use of the paired instruments – putting Guy in the right channel, and Ingebrigt Haker Flaten in the left – so that in stereo, the different basslines ring out beautifully – especially at the more forceful moments, of which there are many! Mats Gustafsson is as compelling as ever on his horns – baritone, tenor, and the great slide saxophone – and Paal Nilssen-Love destroys the drum kit whenever he has the chance. Titles include "Cerium", "Lanthanum", "Europium", "Gadolinium", "Ride The Sky", and "Neodymium". (Limited to 600 copies!) ~ Dusty Groove