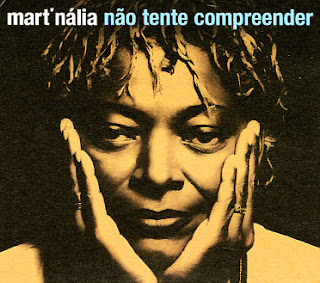 Quite possibly the best album we've ever heard from Mart'Nalia – a set that's got all the rootsy charm of her earlier work, but also a deeper sense of soul as well! Djavan's on board this time around – acting as the producer and music director – and you can definitely feel some of his great influence on the record – that blend of Brazilian modes and warmer soul than graced his classic albums of the late 70s – almost born again here in the voice of Mart'Nalia! Titles inlcude "Surpresa", "Reversos Da Vida", "Os Sinais", "Demorou", "Zero Muito", "Vai Saber", "Itinerario", and "Que Pena Que Pena". ~ Dusty Groove 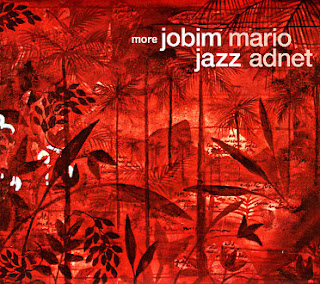 A great follow-up to the first Jobim Jazz set from guitarist Mario Adnet – and in many ways, an even better-conceived version of the project! The difference this time around is that Adnet's been working through the concept in a live setting for a few years – and has come up with wonderfully rich arrangements that really push beyond any simple bossa remake sort of vibe – and instead show up the rich, complicated qualities that we've always loved in the music of Antonio Carlos Jobim – especially in the 70s years of his career! Adnet mostly plays acoustic guitar, but other instrumentation is full with horns – usually flutes and saxes that are intertwined beautifully, with a dipping, soaring sort of energy – not unlike some of the best arrangements by Moacir Santos. Titles include "Takatanga", "Mojave", "Boto", "Bonita", "O Homem", "O Barbinha Branca", "Samba De Maria Luiza", and "Deus E O Diablo Na Terra Do Sol". ~ Dusty Groove 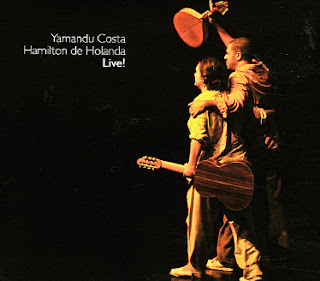 Twin-string magic from Hamilton De Holanda and Yamandu Costa – a live set, but one with a very intimate feel! Instrumentation comes only from Hamilton's 10 string mandolin and Yamandu's 7 string guitar – both unusual instruments that find a wonderful space with each other – carving out rich acoustic sounds in a mix of Brazilian styles and a touch of jazz! Titles include "Light Of Dawn", "Chamame", "Samba Do Veio", "Seasons", "Shaiwase", and "Sliding". ~ Dusty Groove