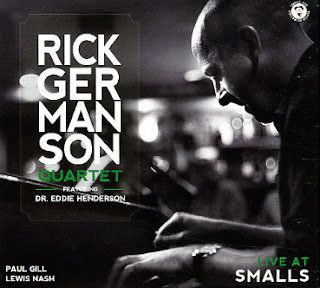 The rhythms are wonderful here – really old school hardbop sounds, set to rock-solid piano from Rick Germanson – and driven onwards by the bass of Paul Gill and drums of Lewis Nash! And if that's not enough, the album also features excellent work on trumpet from Eddie Henderson – stepping out here in a mix of sweet and hard styles that's mighty nice – almost more openly expressive on this record than we've heard him in years! The Smalls Live series is a perfect setting for Germanson's talents – and really helps the player come to the forefront not just as a soloist, but as a leader who can really shape the sound of his group. Titles include "Edge", "Lester Left Town", "Shorter Waltz", "Say It", "Interloper", and "The Single Petal Of A Rose". ~ Dusty Groove 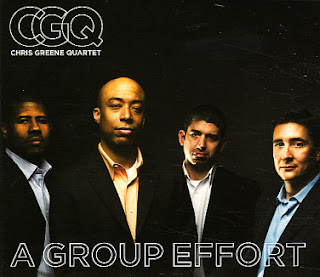 A cooking group effort from the Chris Greene Quartet – a great Chicago combo we've watched grow tremendously with each previous release – stepping out here in their first-ever live recording! Greene's got a soulfully sophisticated approach to his saxes that really belies his Windy City roots – with this great way of stretching out on the solos, yet still keeping things real – a bit like Eddie Harris at his best, with the depth of Eric Alexander on tenor,but with some deeper sounds too – which come through especially strong on the album's extended tracks. The rest of the group features electric piano, bass, and drums – and titles include the originals "Shore Up", "Future Emperor Of Evanston", "State", and "Three & Six" – plus a nice cover of "Blue Bossa". ~ Dusty Groove 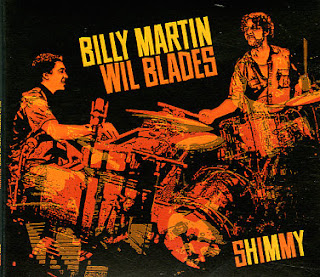 A funky funky shimmy from Billy Martin and Wil Blades – a very spare, stripped-down set that's heavy on drums from Martin, and lots of great Hammond and clavinet from Blades! The groove is a lot more focuses, and decidedly more gritty than we've heard from either player of late – almost a return back to 60s soul jazz roots than inspired them both – but touched with some tight 70s funk on the rhythms as well! Tracks include "Deep In A Fried Pickle", "Les & Eddie", "Pick Pocket", "Mean Greens", "Brother Bru", "Toe Thumb", and "Little Shimmy". ~ Dusty Groove
Posted by Jazz Chill at 10:25 AM