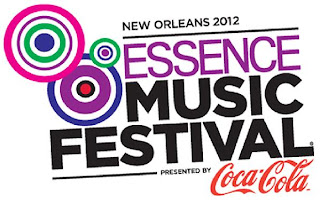 The heat will be on a day earlier at the ESSENCE Music Festival in New Orleans. Organizers announced today that the traditionally held three-day festival is now expanding to four days, kicking off Thursday, July 5th, with an all day youth empowerment experience at the Ernest N. Morial Convention Center, then culminating with the first ever youth empowerment concert on the New & Next stage that night at the Louisiana Superdome.

Featuring a roster of new millennium generation artists in the music scene, the performers will include recording artist and hip-hop royalty Diggy Simmons, R&B pop group The OMG Girlz and New Orleans' marching band The Roots of Music. These bright young stars will share the spotlight with some of the world's top performers in music and entertainment such as Aretha Franklin, Mary J. Blige, D'Angelo, Charlie Wilson, Kevin Hart, Steve Harvey, Trey Songz and more during the 18th annual ESSENCE Music Festival that will now take place July 5-8. The New and Next stage is sponsored by Verizon, Wal-Mart and community partner Capital One. To get tickets for the New and Next Stage please visit essencemusicfestival.com.

"The ESSENCE music festival has always been more than just music. It's a forum to transform lives by the power of our voice to celebrate our community through music, entertainment and empowerment," states Michelle Ebanks, President, ESSENCE Communications Inc. "We are deepening our youth empowerment day to the festival to focus on the matters that are most critical to our next generation and we are celebrating their voice with our first ever youth empowerment concert at the Superdome. We heard consistent feedback from our audience that they wanted more and we're delivering in our Festival expansion."

Sponsored by Coca-Cola, My Black Is Beautiful, McDonald's, Wal-Mart, Verizon, Capital One and the Steve & Marjorie Harvey Foundation, the Youth Empowerment Experience will invite youth groups from the New Orleans area to participate in this year's two programs: the Saving our Sons mentoring initiative spearheaded by Mayor of New Orleans Mitch Landrieu and the Girl Up NOLA initiative led by First Lady Cheryl Landrieu. Saving Our Sons is a call to action for the community to invest in the lives of young men to prevent violence and stop the murder epidemic and high crime rate in New Orleans as well as every city across the nation. The program recruits and trains mentors to help over 100 young males and their needs through partnerships with community organizations.

Girl Up NOLA furthers the personal growth of our young girls by generating inspiration, creating new experiences, building connections with positive role models and increasing access to resources available within their communities. Girl Up NOLA asks all female caregivers—mothers, aunts, grandmothers, sister, friends—to take care of their young girls and cultivate their aspirations. More activities, events and speakers will be announced soon.

Now in its 18th year, the ultimate destination for entertainment and inspiration hosted over 422,000 attendees last year. What began in 1995 as a one-time event to celebrate the 25th Anniversary of ESSENCE magazine has now grown into one of the country's "Top 10 Leading Brand Events" by Advertising Age. The ESSENCE Music Festival is the nation's largest annual gathering of African-American music and culture. Throughout its history, the Festival has featured an array of performers including Aretha Franklin, Alicia Keys, Al Green, Beyonce, Chaka Khan, Destiny's Child, Earth, Wind & Fire, Gladys Knight, LL Cool J, Jamie Foxx, John Legend, The Isley Brothers, Lionel Richie, Luther Vandross, Maxwell, The O'Jays, Prince, Rihanna, Stevie Wonder, Toni Braxton, Patti LaBelle and Yolanda Adams, among others.