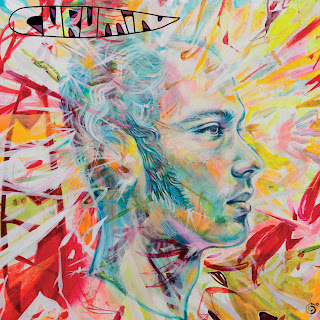 Born of Spanish and Japanese parents 35 years ago, Luciano Nakata Albuquerque adopted the persona Curumin (KOO-roo-mean) as a way of exploring the possibilities of Brazil’s many sonic heritages. Known globally as the land of bossa nova and samba, the youthful vocalist/multi-instrumentalist/producer is on his own personal mission to create an inviting, sensual tone while eschewing any lust for stardom through mainstream sounds. On the pioneering Arrocha (Six Degrees Records), he has built upon prior success in creating a melodically addicting and rhythmically potent exploration of modern Brazil.

Discovered by California hip-hop outfit Blackalicious on a 2005 South American tour, the duo helped Curumin gain international recognition by releasing his debut, Achados e Perdidos, in the United States. After successfully launching his presence in the States at CMJ that same year, he was quickly booked to perform at Chicago’s World Music Festival and the M3 Conference the following year. Natalie Portman included his track ‘Tudo Bern Malandro’ on a compilation; when ‘Guerreiro’ was used in a Nike ad during the FIFA World Cup, the fame he never sought was ensured. The irony was not lost: he gave up pursuing a career in soccer to play music.

Four years after JapanPopShow, Curumin has produced a record that’s certain to surpass previous praise. Introduced to Six Degrees Records via his friend (and now label mate) Cêu, he’s excited to be creating exactly the music that’s inside of his head, blending catchy tracks with an integrity and inventiveness unique unto himself. For him, this is all he could imagine himself doing.

~ sixdegreesrecords.com
Posted by Jazz Chill at 9:17 AM