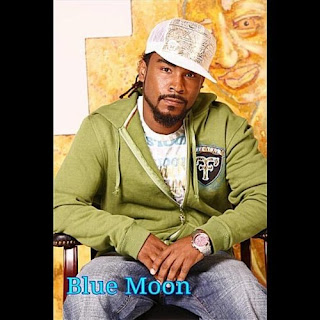 Just when you thought just plain good old fashioned music was gone for good, along come Jason Smith. Jason’s Flying Solo project will remind you, and take you back to the forgotten era of when music was music. It was produced by Jason and his cousin and long time music partner, Gil Smith. The all instrumental compilation of “smooth jazz” tunes represents a newness and freshness for Jason who is ‘starting over’ in his musical career.


Jason first picked up the electrical bass at the early age of nine. He had told everyone at school that could play bass. In reality, he couldn’t but his father could. Jason ran to him for a ‘crash course’ and within two weeks time his father had taught him enough chords and notes to make it through the high school talent show. It was the beginning of Jason’s musical career.

He and Gil had instantly became serious partners. He studied for several hours a day and then he began taking private lessons. It wasn’t long before his music teacher noticed Jason’s tremendous natural aptitude for music, and he brought in a keyboard and began jamming with the future musicians. He taught them about song structure, and chord changes. Soon “Jason & The Boys,” were performing at all the neighborhood talent shows, contests and neighborhood dances. By the time Jason got to Junior High, the word was out that he was an instrumental master. All the young “homies,” in the neighborhood were coming to Jason and Gil to have their rap songs as professionally produced as their material was at that time. Jason and Gil had made quite a reputation for themselves around Los Angeles County High School for the Arts!

Young Smith was a hard worker and a fast learner. His skills earned him a scholarship to the famed Berklee School of Music in Boston where he studied for three years. While at Berklee, Jason became aware of a totally different music scene and the many different music styles. Returning back to California, Smith joined forces with brother Billy and to form the reggae band Caribbean Pulse. They recorded one album, Stand Up, which brought them household fame throughout the Caribbean. The band was formed in 2001, and 2003 Billboard magazine named them “Top Reggae Band.” They toured the Caribbean, Canada, Europe, South Africa and a few stateside dates. The album was entirely written and produced by Jason. Their joint recording, Jah Is My Rock, with Damian Jr. Gong Marley stayed on the Billboard chart for 20 weeks. In 2004 Jason produced the debut CD for veteran R&B recording artist Cuba Gooding, who had been the lead singer of the ’70s group, The Main Ingredient.

"Flying Solo is a very spiritual project for me. Everything on it has a meaning. I use the electric bass to speak for me,” states Jason Smith. It is a ‘coming out’ project for him: coming out of producing and writing for others. According to him, “My music is really heartfelt, totally adult music.” The title track was co-produced by Kowan Q. Paul Kowan, who is known for his production work with Craig David, Boyz II Men, Faith Evans and many others. This was one of Kowan’s last works before he tragically passed away. Also joining in on the production efforts is Gil Smith who is currently the Musical Director for Lil Wayne, Nicki Menaj, and Keri Hilson. “I worked with a great team of producers and writers, and I’ve waited a long time for this project. Once you hear it, you will agree, Flying Solo will surely soar!