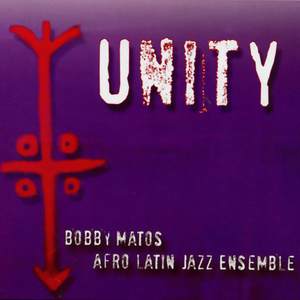 On his latest recording for LifeForce Jazz Records, in addition to 9 tracks with his regular working group, Bobby has also included 5 Afro Latin percussion jam sessions, with special guests Chembo Corniel, and Phoenix Rivera. There is also one track with special guest artists Binky Griptite and Bosco Mann (from the soul phenomenon “the Dap Kings”) as well as an appearance from the Doo Wop vocal group “the Mighty Echoes”.

Bobby’s 2 horn section switches easily between a jazzy frontline of sax and trombone to a violin and flute Charanga sound. In addition to several originals from the band members, there are tunes from masters like Wayne Shorter, Tito Rodriguez, Horace Silver, and Ray Rivera. For the first time on a recording, the band adds Puerto Rican rhythms (Bomba and Plena) to their repertoire of Jazz, Mambo, Son Montuno, Rumba, Mozambique, Charanga, and Iyesa.

Bobby says "Occasionally times can get so stressful, depressing, and painful that everything seems hopeless, and out of nowhere you'll hear a great piece of music that suddenly transforms and transcends all the negative stuff. Music can actually change your brainwaves and even act as a healing force for the body. I've seen an old man with a walker get up and dance to a sensous Cuban danzon-mambo. I've seen crowds all moving in time to the beat of the music and I know that music has this power to unify us, and make us one"

~ lifeforcejazz.com
Posted by Jazz Chill at 9:30 AM