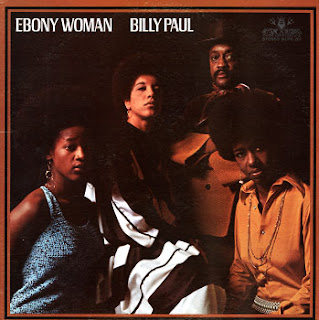 An amazing early album from Billy Paul – the start of a rich career of sophisticated soul, and a record that really put Paul on the map right away – making him one of the most soulful interpreters of song in the 70s! There's a mix of modes going on here that's a bit similar to the early solo work of Isaac Hayes – a way of mixing mature styles from jazz, soul, and pop – into a blend that's all very much Billy's own, and which completely grabs you right from the start! The first track, "Ebony Woman", perfectly sums up Billy's style – one of those haunting tunes that never lets us down – and the album follows with a brilliant mix of tunes that includes nice groovers like "Everyday People" and "Psychedelic Sally" – plus the tracks "The Windmills Of Your Mind", "Windy", and "Let's Fall In Love All Over Again", all given a great soulful vibe and a very different twist! ~ Dusty Groove

A really lovely trio of talents – appearing here on a special done for Brazilian TV! The set does a good job of balancing things out between these three powers in MPB – so that Caetano sings a bit, on tunes with his own sort of flavor; Ivete steps out warmly, sometimes on more contemporary rhythms; and Gilberto Gil works his own sort of charm on numbers that show his recent ear for more complicated rhythms. The format is great – really showing the warmth of each artist individually, yet using them together in proximity too – so that you can see the good feelings they inspire in each other as the set moves on. Titles include "A Novidade", "Toda Menina Baiana", "O Meu Amor", "Voce E Linda", "Tigresa", "A Luz De Tieta", "A Linha E O Linho", and "Super Homem". DVD also features two bonus songs – and subtitles in English, Spanish, and Portuguese. (DVD is NTSC, All region.) ~ Dusty Groove . 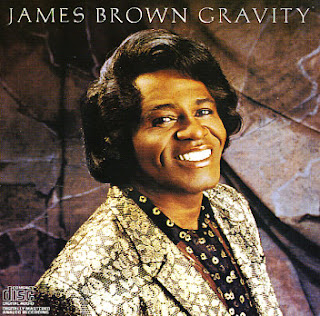 A bit of a comeback for James Brown – a mid 80s outing recorded with Dan Hartman, who gives the record a "contemporary" sound that's definitely a great way to slide James in with the younger crowd at the time! The style's still funky, but has more street soul elements too – and the record sports guest appearances by Alison Moyet, Steve Winwood, and Stevie Ray Vaughan – and although the production is a bit stiff at points, there's some undeniable quality in James that still makes some nice moments shine through! Titles include "Gravity", "Let's Get Personal", "How Do You Stop", "Living In America", "Goliath", "Repeat The Beat", and "Return To Me". Lots of bonus tracks too – including "Living In America (12" R&B dance)", "Living In America (inst)", "Living In America (soundtrack version)", "Gravity (12" ext)", "Goliath (12" message house mix)", "Gravity (single)", and "How Do You Stop (12" ext)". ~ Dusty Groove
Posted by Jazz Chill at 8:39 AM