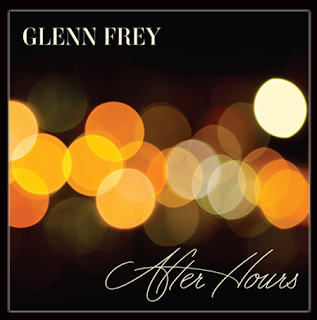 Among the tunes Frey recorded for the album are Randy Newman's "Same Girl," Burt Bacharach and Hal David‘s “The Look of Love,” The Beach Boys' "Caroline, No," and a jazzy rendition of Bobby Troup‘s R&B standard “Route 66.”

Frey collaborated with co-producers Richard F.W. Davis and Michael Thompson, both members of The Eagles touring band, to make the 14-track record possible.

After Hours, his sixth solo album and first since 1995 is a total departure taking him in a whole new direction. The two-and-a half year project was developed out of Frey's passion for the songs. “I wanted to make this album for my parents, who are still alive and kicking,” the Rock and Roll Hall of Famer explained. “I wanted to share [my version of] their music with them. It was great making the record.” He added that making After Hours was a “real challenge,” but one he enjoyed so much that he’d like to record another album along the same lines.

Frey kicks off a brief tour in support of the new record on Wednesday at New York City’s Town Hall. The six-show trek runs through a May 26 concert at the Wiltern theater in Los Angeles.

After Hours Tracklisting:
1. For Sentimental Reasons