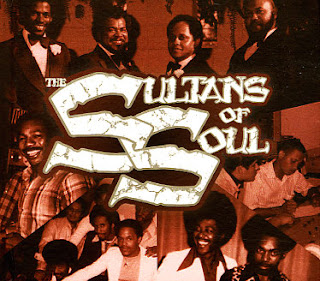 THE SULTANS OF SOUL

A nice collection of rare soul – a variety of souful gems from as far back as the late 60s, spanning the 70s and stepping into 80s – all produced by Hadley Murrell! Murrell was a regional resource for all things soul in the Phoenix scene during the 70s, but we learned a lot more about him from this set. For one, he operated in LA for time, plus we can see just diverse and adaptable his production work and songwriting is! The tracks here are rooted in raw soul, but from there it branches out into laidback harmony laden-numbers, driving psych soul, funk, lush string-accented groovers and more. There's some names here we recognize and others that's are new to us – and it's strong stuff all the way through! 18 tracks in all: "Shakedown" and "The Wine Is Bitter, But The Grapes Are Sweet" by Black Ice, "The One Who's Hurting (Is You)" by Roy & The Dewdrops, "I Like What You're Doing" and There's One One Else" by Eddie Horan", "I'm A Winner" by Smoked Sugar, "Ain't That What You Want" by Liquid Blue, "I Am Somebody" and "Mama Told Me To Watch Out" by Freddi-Henchi & The Soulsetters, "You Ought To Be With Me" by Carl Weathers (yep. . .Apollo Creed/Action Jackson himself!), "Larry, Move Your Hand" by Penguin Feet & The Tar Drop Kid and more. (Nice, hardbound book-like package full of notes & photos, too!) ~ Dusty Groove 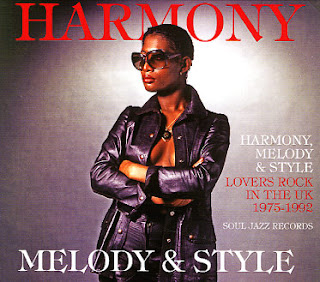 Part soul music, part Caribbean sounds – and a much-needed look at the lover's rock genre in reggae – that unique blend of Jamaican rhythms and American soul that took place in the British scene of the 70s and 80s – and created some pretty amazing records overall! There's definitely echoes here of the reggae styles you'd know from big Kingston recordings of the 70s – but there's also a mellower, more laidback mode as well – yet one that's warmed up a bit by more soul-styled production – creating a sound that's almost linked to some of the American midtempo soul that was playing big on the steppers scene. Once again, our hat's off to Soul Jazz for doing such a great job with the project – pulling together excellent work from overlooked recordings – and finding a way to help send it all home with great notes and track selection. Titles on this second vinyl volume include "Stop & Think It Over" by Full Wood, "Caught By Love" by Christine White, "Paradise" by Jean Adebambo, "People Make The World Go Round" by The Cool Notes, "Thinking Of You" by Candy McKenzie, "We've Got One" by Wendy Walker, "Even Though You're Gone" by Louisa Mark, and "Goodbye My Love" by The Sadonians. ~ Dusty Groove 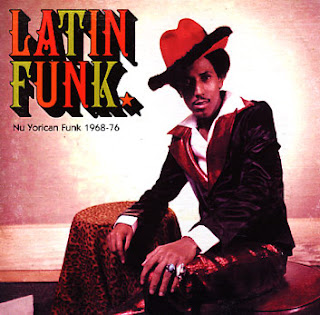 Heavy funk with a Latin groove – a wonderful mixing of modes that's completely fresh and unique! The set follows nicely off other El Barrio explorations of late 60s Latin Soul, and traces the groove that emerged in its wake – a blending of hipper funky styles in the 70s with some of the bolder, prouder Latin modes of the time! Unlike Latin Soul, which was concentrated enough to get strong attention at the time, Latin Funk was often a bit more dispersed – just a track here and there, scattered over albums by both older artists and lesser-known newcomers – some of whom gave more famous acts a real run for their money. This overstuffed collection does a great job of pulling together tracks from a variety of different albums over an 8 year span – and it's a perfect introduction to an under-compiled genre that's finally getting its due! Track selection and notes are by the mighty Adrian Gibson – and titles include "You Need Help" by Monguito Santamaria, "Identify Yourself" by Cafe, "Dynamite" by Harvey Averne, "I'm Satisfied" by Joe Bataan, "Together" by Ray Barretto, "Guajiro Bacan" by Azuquita, "Funky Felix" by Seguida, "I Got The Feeling" by Chollo Rivera & The Latin Soul Drives, "There You Go" by Fania All Stars, "I'm Gonna Get To You Yet" by TNT Boys, "Black Dice" by Mongo Santamaria, and "Hot Pants" by Gilberto Cruz. ~ Dusty Groove
Posted by Jazz Chill at 8:32 AM