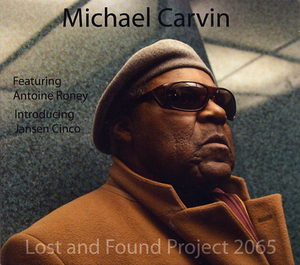 Michael Carvin is a drummer of extraordinary talent, inventiveness and technique. His mastery affords him the ability to handle any musical situation and to skillfully pass on his knowledge of the instrument to an ever increasing number of students internationally. Born in Houston, Texas, Carvin’s musical training began at an early age with his father, one of the top drummers in Houston.

With that training, by the age of twelve, Carvin began playing professionally and won what would be the first of five consecutive Texas rudimental championships. Mr.Carvin’s diversified career has included a two-year tour with Earl Grant throughout Europe, Japan and the U.S., another two years as a staff drummer with Motown Records and extensive studio and television work on the west coast.

Michael Carvin has established himself as one of the world’s most respected drum teachers and clinicians. Students from Europe, Japan and South America come to New York to study at the Michael Carvin School of Drumming. His book, “Something For All Drummers”, written with beginning, intermediate and advanced students in mind, provides information of improving sight reading and soloing abilities. Mr. Carvin has recorded over 150 albums. He endorses Pearl Drums, Istanbul Cymbals, Remo Drum Heads and the Michael Carvin Signature Drum stick which he designed.

~ lifeforcejazz.com
Posted by Jazz Chill at 8:30 AM