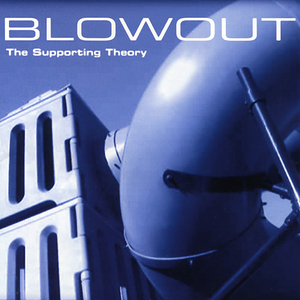 Blowout is a musical collective concentrating on composition, improvisation, and communication in a jazz setting.

“Blowout plays a rousing, raucous brand of post-Bop music, combining the arranging sensibilities and layered tempos of vintage Mingus with a quirky structuralist sensibility that recalls Phillip Johnston, and some occasional rock. I love the horn polyphony! Many of the tunes feature a kind of continual weave between Ewing's excellently portly trombone (check him out on "Solid Brass Numchuk") and the sinewy saxophones (listen to Bennett punish his bari on "Duplicity"), with Moran the comper/mischief-maker sprinting ahead of Germain and Lewis. Make no mistake, this is Jazz, not Jazz-Rock. Moran is an extremely tasteful electric player, who simply knows how to use the textures (and the history) of his instrument (including that extra low string for some serious rumble). He also displays a nimble swinging technique on his own "Ring around the Collar". But for all the tightly woven charts and nimble swing, the group sure does have range: check out the eeire atmospherics on "Tin Foil Is Not Soft", the heavy funking on "Nothing But Trouble", the sludgy menace of "Deuguelasse", or the noir-ish "Baby Be Mine". All in all, this is a nice surprising disc: a band with real personality, playing music with warmth and heart and - what's so rare these days- humor!” — Cadence Magazine

“All of the musicians… distinguish themselves not so much for what they contribute as what they leave out, restraining from making the pointless squeal or pseudo-virtuosic wail that characterizes so many first offerings in the modern-jazz world. …If this young band keeps going, the blowing is only going to get more ‘out’ — in the most complimentary sense of the word.” — SF Weekly

“Some music is so hip, you know, upon first hearing, there is no way it will ever find a large drawing. Like fine wine made in small reserves, it is to be savored when experienced. This is as candid a statement as can be made regarding the excellent compositional abilities found within the six-member band Blowout. The compositions are all clever and sharp, witty and urbane, but most especially fun. All of the compositions emphasize a true collective sound with no one instrumental texture predominating. The music on The Supporting Theory isn't what you might expect, and that's due to the way Moran handles his instrument. For the most part he plays single note lines which allow the music to have an airy space and freedom lacking in most jazz - think Kenny Wheeler's Angel Song ensemble.” — Jazz Review.com

“Their music is very much a modern day jazz fusion which has taken influences from World, Contemporary, Middle Eastern and Avant Guard to offer a blend of excitement and expression which is what jazz is all about. This is music to wake up and listen to, and an album full of energy, musicianship and composition and an album which has superb arrangements and will appeal to the jazz fan who wants a menu of steak and chips as opposed to a watered down consumme soup.” — EuroClubDeJazz.com