LET IT BE ROBERTA: ROBERTA FLACK SINGS THE BEATLES AVAILABLE ON AMAZON FOR $3.99! 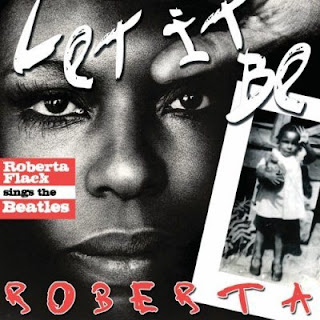 Roberta Flack, the four-time Grammy Award-winning artist, is back after an eight year absence with a brand new album, Let It Be Roberta: Roberta Flack Sings The Beatles — a collection of Beatles song interpretations. As part of the "Daily Deal" promotion with Amazon.com, the digital download of the full album will be available for purchase at Amazon's MP3 store for $3.99 on Monday, February 6th and will include 2 bonus tracks. The first single "We Can Work It Out" is currently racing up the charts at several different radio formats including AC, Urban AC and Smooth Jazz. Buzz continues to build within the press. Says Marc Myers in the Wall Street Journal: "On each track, Ms. Flack transforms the familiar with her penetrating, soulful voice and passionate phrasing...as comebacks go, Ms. Flack's seems to be well under way." Ms. Flack has also been planning a series of tour dates to coincide with the release of the album. Newly signed to a partnership of 429 Records, Sony ATV Music Publishing and Flack's RAS Records, the album which was produced by Sherrod Barnes, who has also produced Beyonce' and Angie Stone, with contributing producers Jerry Barnes and Barry Miles, is slated for release on February 7th worldwide (Sony Music will release the album in Japan).
Roberta Flack has long been known as an unparalleled musician who effortlessly inhabits the worlds of pop, soul, R&B, jazz and folk. From her very first recording , "The First Time Ever I Saw Your Face" which hit #1 in the U.S across all charts, Flack has created strong emotional bonds with her listeners through her poignant musicality and unerring stylizations while also shining an uncompromising light onto the culture and politics of the times. Since bursting onto the scene in 1969 with the blockbuster album First Take (produced by the legendary Joel Dorn), she's followed her fiercely uncompromising lyrical and musical muses earning her a place alongside pioneering artists such as Aretha Franklin, Elton John, and Nina Simone. A multiple Grammy winner, she is the only artist along with U2 to win "Record of the Year" in consecutive years (for "The First Time Ever I Saw Your Face" and "Killing Me Softly"). Although she's taken some time between recordings, she's never stopped performing having constantly toured worldwide. Flack, a national treasure gives her time freely to a host of charitable and humanitarian causes--among them, the ASPCA (spokesperson of the year for 2011) and the Roberta Flack School of Music in Bronx, NY (which she founded in 2006).
Let It Be Roberta: Roberta Flack Sings The Beatles Track Listing:
In My Life
Hey Jude
We Can Work it Out
Let It Be
Oh Darling
I Ahould Have Known Better
The Long & Winding Road
Come Together
Isn't It A Pity
If I Fell
And I Love Her
Here, There, and Everywhere
Posted by Jazz Chill at 11:40 AM